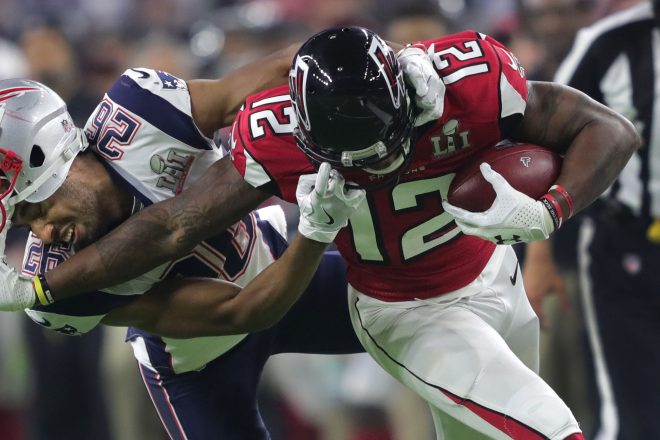 On Tuesday, the Patriots made waves when they traded a 2020 second round pick to the Atlanta Falcons for veteran wide receiver Mohamed Sanu.

During his Friday press conference, head coach Bill Belichick had high praise for his newest acquisition.

“Smart kid. Picks things up well,” Belichick said Friday. “We’ll see what we can do here. Sometimes, as it accumulates — early downs, third down, red area, situational stuff — we’ll see what the load looks like. He’s made good progress both days. Works hard. Good kid. He’s really in tune and trying very hard to pick up things quickly, and get on the same page with everybody else. Obviously, there’s a long way to go. A lot of work to do. But he’s working hard at it. You appreciate that.”

Sanu left a 1-6 Falcons team for the best team in the NFL through seven games.

Sanu’s contract extends through the 2020 season, so he will not be a rental player and is expected to contribute immediately this Sunday against the Cleveland Browns.