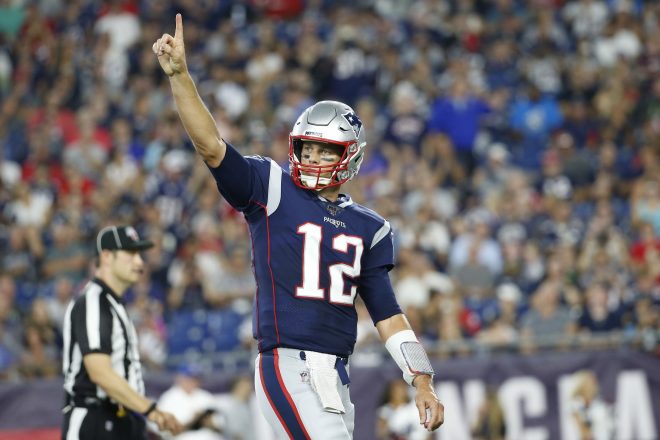 Despite numerous other stories surrounding the Patriots franchise this week, Quarterback Tom Brady is in regular season “laser focus” form.

On his Instagram Wednesday, Brady shared some images from Sunday’s win accompanied by a caption that read “On To Miami”.

Brady and his Patriots will head down to South Florida as heavy 18.5 point favorites.

Th spread marks the largest for a road team since the 2007 Patriots were also favored by 18.5 in a game against the Baltimore Ravens.

However since 2013, the Patriots have lost 5 of their last 6 games at Hard Rock Stadium.

In what remains one of the most perplexing stats of Brady’s career, he is 7-10 lifetime when playing in Miami, by far the most road losses against one team.

During his Wednesday press conference, Brady acknowledged the importance of an early season divisional win in a place the team has historically struggled.

“It’s a challenging place to play. I think it’s challenging when they come up here; I think it’s challenging when we go down there. It’s just, I think, dealing with a lot of different elements and showing mental toughness. Last year, I thought we played a pretty good game, but what coach reiterates is 60 minutes. In football, a lot of crazy things happen. You can’t assume that – you know, these guys are extremely skilled and they’re great players. So, we just can’t take our eye off of what the goal is, and that’s to play a great 60 minutes of football against a team that we’ve always struggled against there. It’s a division game on the road early in the season, so it means a lot. “