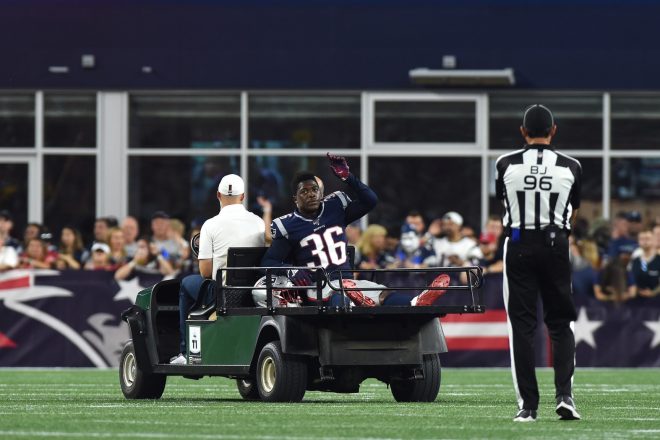 King was carted off to the locker room during a late second quarter punt return.

In four seasons with the Patriots, King has become arguably the second most dependable special teams member after Matthew Slater.

King has seen action in 57 regular-season and 11 playoff games, and has been on the field for 1,227 special-teams plays since his active roster promotion in 2015.

How Was This Article?
Posted Under: Patriots News
Tags: Brandon King

By: Ian Logue
New England Patriots news for 6/24 along with NFL notes.
49 mins ago

By: Ian Logue
The Patriots tied up some loose ends after getting Cole Strange, Tyquan Thornton, and Bailey Zappe each under contract on Thursday.
15 hours ago