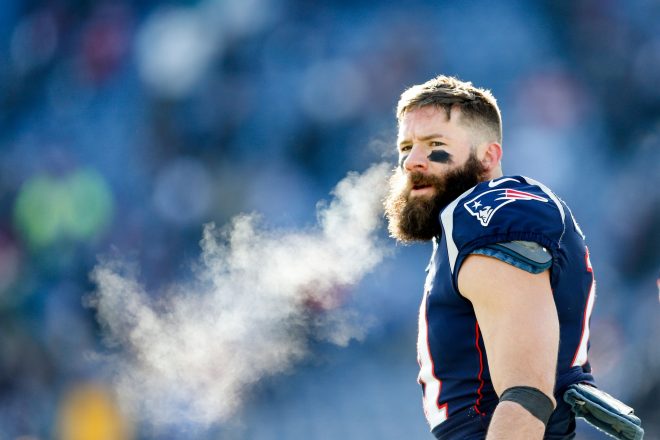 After missing the entirety of 2017 recovering from an ACL tear, Edelman was suspended the first four games of 2018 after testing positive for a performance enhancing substance.

In 12 games, Edelman finished 2018 with 74 receptions for 850 yards and six touchdowns, but he was even better in the postseason.

Edelman hauled in 26 receptions for 388 yards during the Patriots run to Super Bowl LIII.

The numbers moved Edelman into second-place all-time in playoff receptions and receiving yards behind Hall of Famer Jerry Rice.

Edelman caught 10 passes for 141 yards on his way to being named MVP of Super Bowl LIII.

“You have to want it more…#Relentless”, He wrote in a caption.