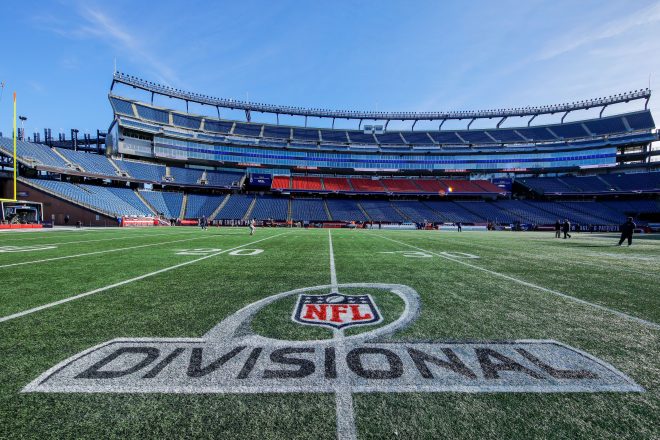 17 years ago, then New England Patriots kicker Adam Vinatieri made two memorable field goals against the Oakland Raiders during the 2001 Snow Bowl, or whats more popularly known as “The Tuck Rule game”.

With heavy snow coming down all night coupled with near whiteout conditions, Vinatieri drilled a game tying 45 yard field goal to force overtime, then the winner from 23 yards a short time later.

Fast forward to Saturday, a now 46 year old Vinatieri was back in another snow playoff game, but this time the results were a bit different.

Late in the second quarter, Vinatieri missed a 23-yard attempt prompting former Raider and Hall of Famer Charles Woodsoon to tweet a funny reaction to the miss.

Seeing an opportunity, former Patriots linebacker Willie McGinest chimed in a short time later with some ribbing at Woodson’s expense.