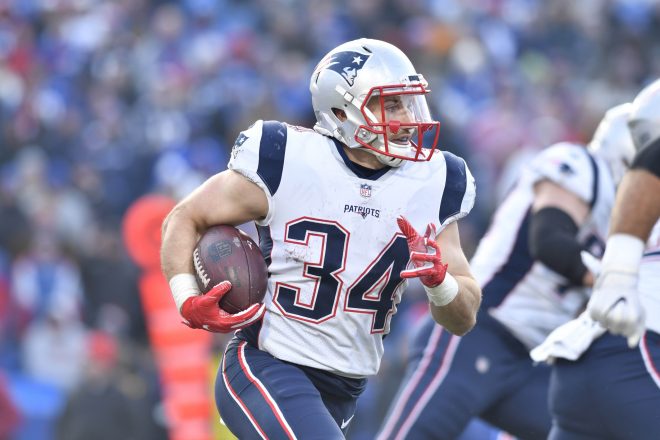 Big Game For Both Teams

The New England Patriots return home after a few games on the road and the bye week to take on the Minnesota Vikings in a late afternoon game that will be televised by Fox.

This is a very big game for both teams this week. The Patriots traditionally try to turn things up a notch in December and get ready for a deep playoff push. They are currently the #2 seed and still have a shot at being the #1 with a first-round bye.

The Vikings are currently the #5 seed with a shot at still winning their division with the Bears although they trail by a game and half with still one against each other still in play.

The Patriots versatile but injury-prone running back returns this week and the feeling here is that he may be eased back into things slowly. With Sony Michel playing excellent football right now, there is no need for the Patriots to overwork Burkhead right off the bat, as he hasn’t played since the first half of the Lions game in Week 3.

But one area that the Patriots could use Burkhead and his versatility is in the red zone where they’ve been struggling (for them) this season. The Patriots sit at a 63 percent touchdown rate in the red zone which is 13th in the league. Not bad, but much lower than they always are. Burkhead could change that. James White is an excellent receiver but just so-so as a runner. Sony Michel is having an excellent season running the ball but has yet to be fully integrated into the passing game. The team is a bit one-dimensional with those players in the game.

Burkhead is more than capable of running the ball between the tackles and catching it out of the backfield. He’s also a very good blocker in pass protection. With him having a smaller workload in his first game back, we could still see Josh McDaniels having a plan to utilize him in the red zone.

The Patriots best player on their front seven and arguably on their defense is going to be looked to provide a bulk of the Patriots pass rush this week. With the weapons that the Vikings have on their offense, it is imperative that the Patriots bring pressure on Kirk Cousins before his talented wide receivers (Adam Thielen and Stefon Diggs) shake loose in the secondary.

The Patriots pass rush this year (and for several of the past years) has been largely stuck in neutral. It puts the secondary in the bad position of having to cover for too long. They have addressed the issue with multiple players but thus far it is still a problem.

We’ll look to see if they move Flowers around some and utilize him as an interior pass rusher to get more speed and athleticism on the field. But a lot of eyes will be on the Pats best DL. They will try to attack the right side of the Minnesota offensive line, that is where they’ve been having issues protecting Cousins.

The Patriots slot receiver has been terrific in several of the latest games, he set the tone for the offense last week, getting a 36-yard catch and run on the Patriots first drive of the game. He’ll be going against  MacKensie Alexander this week. Alexander has been terrific over the last month +, allowing a QB rating of just 45 when opposing QBs have targeted him.

Edelman has always been the guy to do the dirty work underneath and frequently takes a terrific beating while doing so. Alexander is a great matchup for Edelman and we expect to see those two battling all day long.

With the excellent pass rush of the Vikings, Tom Brady will be looking to get the ball out quickly. And there is no one who has the chemistry with Brady better than Edelman. We look for him to be targeted early and often in this one.

The Pats box safety had an excellent bounce-back game against the Jets last week. This week, the stakes are higher and the opposition is much better. The Vikings are a difficult matchup team for the Patriots defense due to their running back, Dalvin Cook and their tight end Kyle Rudolph, two areas that the Pats have issues defending.

Chung is the team’s best tackler in the box and he’ll have to be strong in run support against Cook while being one of the defenders against Rudolph in the passing game.

One thing we may see more of this week is the Patriots “Big Nickel” look with safeties taking the place of LBs in coverage. We saw just a glimpse of it last week as the Pats broke in newly signed S Obi Melifonwu and with his size and athleticism, he should be a natural at that. That would allow Chung to play closer to the line of scrimmage in the box. It is a chess match every week.

The Patriots big wide receiver has been slowly finding his way in New England, learning on the fly and while he may no longer be the athletic freak he was five years ago, he still has plenty of speed and with his size, opponents have to account for him on every play. With Xavier Rhodes banged up and questionable this week, Gordon may play a big role in the game plan.

But what is really exciting for Gordon is the motivation that comes with playing meaningful football games in December/January. That is a first for him and he told the media this week that he’s excited for it to happen.

“It’s exciting,” he said. “It’s motivational for me and for everybody. I’ve never really got the opportunity before, considering the circumstances. So it’s great to have the opportunity now.”

Gordon told Mike Reiss of ESPN that, “I think there’s a lot more room to expand upon and potential to be reached. It just goes to how much work I put in, and let it manifest itself on the field,” he said. “The most I can do is just stay consistent with my work ethic and the rest will try to work itself out eventually.”