4 years ago at 7:00 am ET
Follow @IanLogue
Posted Under: 2018 Patriots Regular Season 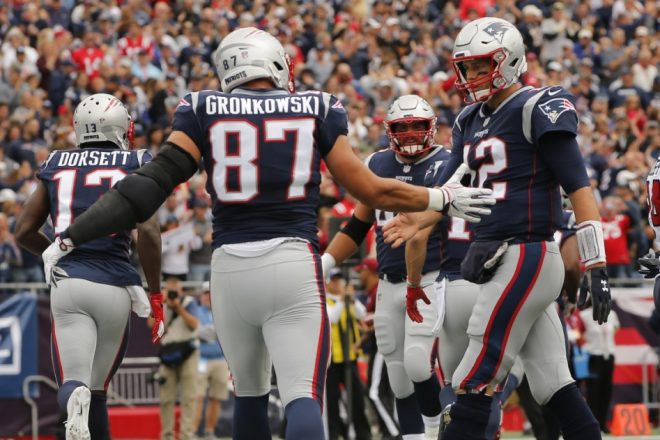 One of the biggest topics of discussions the last couple of weeks has centered around Rob Gronkowski, who many seem to believe is behind statistically from where he was at this time in 2017.

Through six games, the veteran tight end has amassed 26 receptions for 405 yards along with a touchdown, exactly the same number he had in 2017 after catching 26 passes for 401 yards through six games last season.  However, he had four touchdowns at this point last year compared to one, but that still only puts him with 3 fewer.   That isn’t exactly an insurmountable number to make up now that Julian Edelman and Josh Gordon are in the mix. 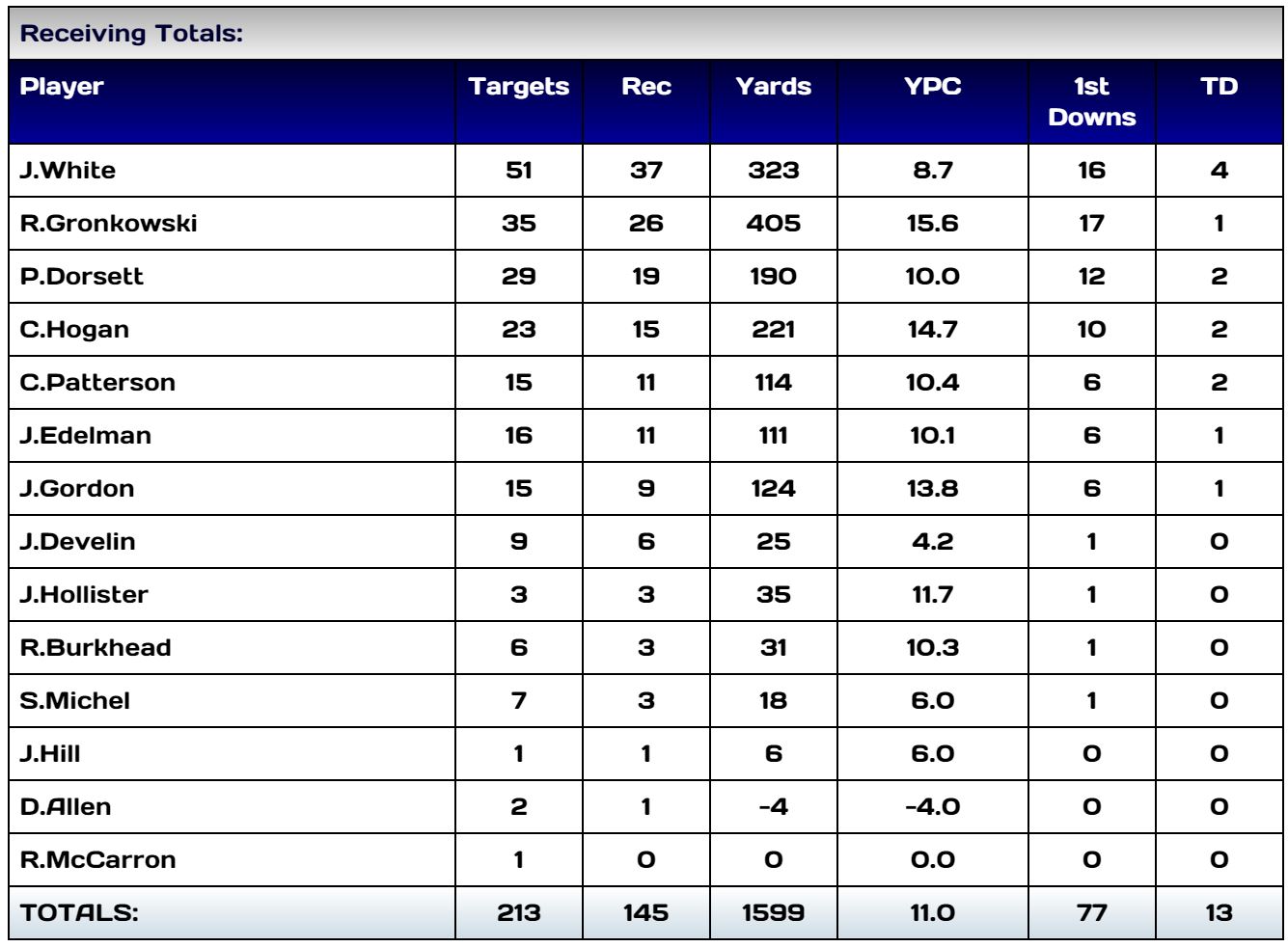 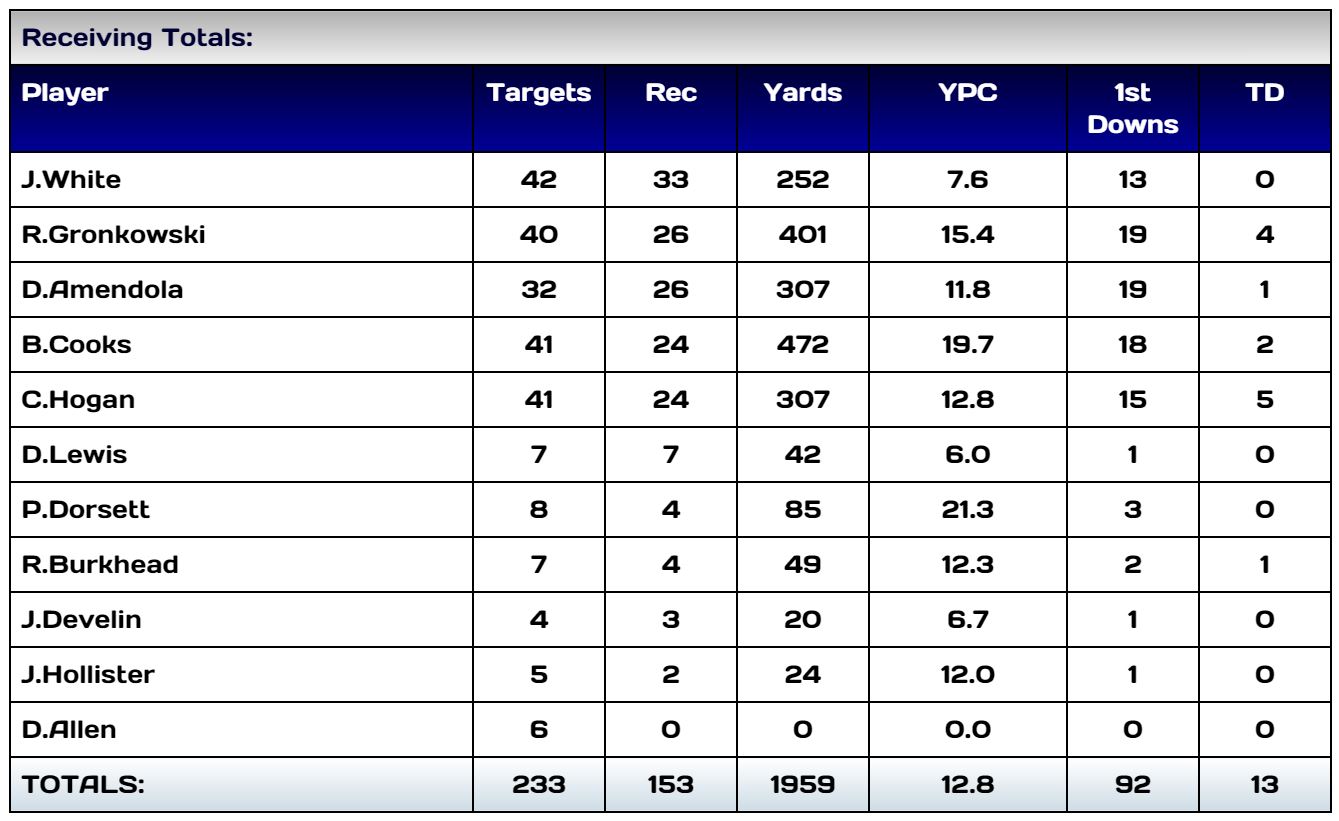 One thing reporters seem to be questioning Gronkowski on is whether or not his perceived lack of production is something he’s concerned with in terms of reaching his contract incentives, which he’s continued to downplay.  Back in August, Adam Schefter reported that the veteran tight end can earn a maximum of $3.3 million by achieving three of four incentives.  He’ll receive $1.1 million for 70 or more catches, $1.1 million for 80% playing time, $1.1 million for nine or more touchdown catches and $1.1 million for 1,085 receiving yards.  Each of those bonuses would be in addition to his $8 million base salary.

At this point, he’s essentially on pace to hit his receiving yards incentive (he’s on pace for 1080 yards) and close on his receptions incentive (he’s on pace for 69).  While he only has one touchdown, reaching the total of 9 isn’t exactly impossible.  It wouldn’t be that unusual to see him put together 3 or 4 games where he scores at least 2 touchdowns, especially now that things have started opening up with Edelman and Gordon’s presence shifting away some of the extra attention he’s been receiving through the first four games while Edelman was suspended.

Gronkowski’s red zone targets has also been something the media has focused on, primarily because thus far he’s had just one target and no receptions.  That’s unusual for a player who has normally been unstoppable in scoring territory, especially knowing how much of a weapon he is down there.

However, even that stat isn’t that far off.  While he had 9 targets last year through six games, Gronk actually had just three receptions in the red zone, two of which were touchdowns.  Again, not exactly a number that Gronkowski can’t make up if he’s able to continue improving moving forward.

Gronkowski was asked about that earlier this week, but brushed it off and admitted that if he’s able to start getting open, he’ll get his opportunities.

“It is what it is,” Gronkowski told the media Wednesday. “First off, I’ve got to get open. I’ve got to get out there and run better routes and then I’ll start seeing more targets. Whatever play is called, we’re scoring points, we’re scoring down there. Whatever I have to do to help out the team, even if the ball’s not going my way, I’ve just got to do it and just keep grinding.”

“If I keep playing ball, keep doing what I need to do, keep playing better, I might start receiving the targets. That’s what it comes down to so just got to get better and get open.”

Given the numbers he’s already accumulated, it’s pretty good for a player many believe is struggling.  If this is Gronkowski struggling, it should be a fun rest of the year if he really kicks things into gear over the next 10 games.