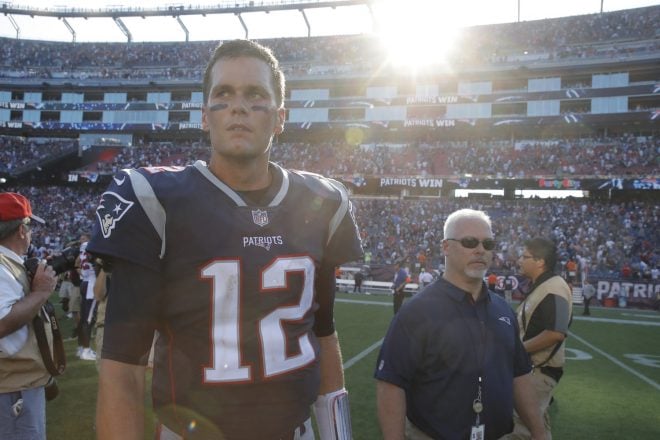 When the coaching staff has plenty of film to review on the opposition, good things tend to happen to the Patriots.

However, when they don’t, things tend to be a little more challenging.

Last season was a perfect example of how teams are able to get the jump on this team and take them by surprise, which ended in a blowout loss to begin the season against a coach in Andy Reid who Bill Belichick previously had success against.

In that game, the Chiefs confused the Patriots on offense and had success against New England’s defense, with Alex Smith missing just three passes in the first half as Kansas City kept it close while trailing by just three points at 17-14 at halftime. From there, they pulled away with 21 fourth-quarter points that blew things wide open and left the Patriots stunned with their first loss of the season.

But the big thing that stands out is the fact the Chiefs managed to come up with ways to move players around to pull off big plays. Both Kareem Hunt and Tyreek Hill each scored on touchdowns of over 70-yards, which is clearly very unusual for a Belichick team that typically doesn’t get beat for big scoring strikes.

That kind of craziness really seems to be a problem in week one.  Since 2014, the Patriots are currently just 2-2 to begin the season and none of those contests were easy.  Each one was a battle and even in their two wins, the largest margin of victory was just seven points (a 28-21 victory over Pittsburgh in 2015).

You have to go all the way back to 2012 for the last time the Patriots went out and opened strong against an opponent, beating the Titans soundly, 34-13.

Otherwise, teams are able to hide a bit without any current film for New England’s coaching staff to pour over.  Last year’s opener started that discussion after a surprisingly good job by Reid and with that in mind, it’s hard not to wonder if Bill O’Brien’s Texans might pull off another surprise in a similar fashion to how the 2017 match-up went against Houston.

Last year when the Patriots faced the Texans in Week 3, New England escaped with a 36-33 win at home against a Houston team that sacked Brady five times and had they not played it safe at the end of the game, they could have potentially pulled off the upset and dropped the Patriots to 1-2.  That was another case of the team seemingly not knowing much about DeShaun Watson, who passed for over 300-yards and despite picking him off twice, it felt like they spent most of the game trying to adjust and figure out how to deal with him. 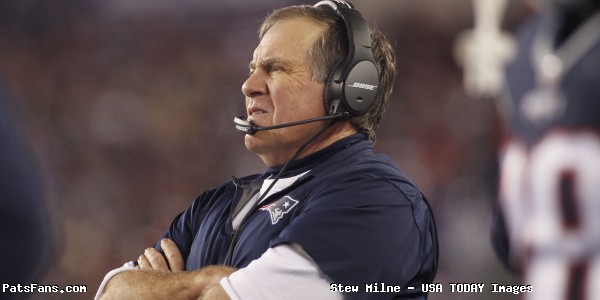 Belichick’s teams have had trouble in Week 1 over the past four seasons. (USA TODAY Images)

With not much to go on film-wise early in the year, it’s these types of games that seem to cause them problems.  In fact, the first four games have been challenging for the Patriots in recent years.  They’ve lost two games twice and only finished 4-0 once, which was back in 2015. They’re still 11-5 since 2014 but to put it in perspective, after four games over that same span, they’ve piled up an astonishing 40-8 record.

Historically, the Patriots have had success against the Texans but the advantage Houston has this year is the element of surprise, which could potentially be a problem.  Bill O’Brien is a good coach and he’s got enough talent on both sides of the football to help his team pull off what Reid managed to do in last year’s opener.

Belichick talked on Wednesday about the challenges that come up because of the fact they’re facing a team with new personnel, which is always one of the more difficult things to deal with to begin a season.

“Opening Day is always a challenge because the amount, the volume of all three phases and all the situations and all the things that have come up between last year, this year and new personnel and so forth,” said Belichick.  “The Texans have quite a few new players. Everybody has new players on their roster. They have quite a few – I bet a third of their team has been turned over. So, we’ve got a lot of new people there to prepare for, get ready for and some of their best and most important players look like they’re ready to go. So, that’s where we’re at this week.”

It’s an interesting dilemma from a coach who normally is the one who does a good job of coming up with ways to confuse opponents.  But looking at their recent history, it’s interesting to see how the openers have gone.  Whether or not that trend changes this year remains to be seen and Belichick knows they have their work cut out for them.

“Like I said, we still have quite a bit of work to do,” said Belichick.  “We’re well underway, so we’ll work through it here this week and hopefully clean things up by the end of the week and be ready to go.”