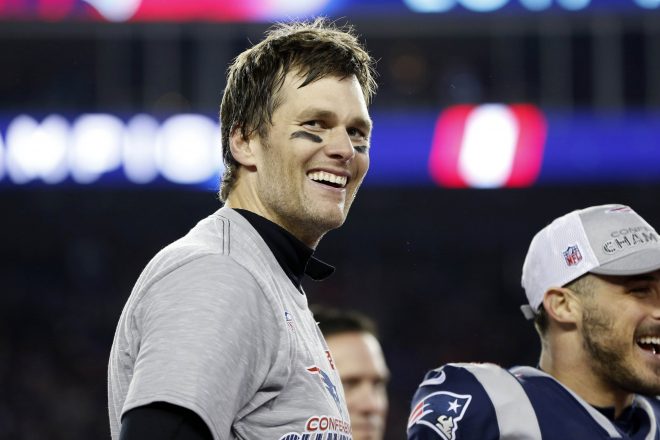 Tom Brady was back on the football field Friday night.

Over the course of the evening, Brady was scrambling out of the pocket away from a defensive line filled of kids while throwing touchdown passes koppto Julian Edelman, Troy Brown, and even ESPN NFL Analyst Adam Schefter.

When asked about the events importance, James White told Patriots.com, “It’s always a special time, meeting the buddies again, seeing them run around and have fun, putting a smile on their faces,” James said. “It’s a great turnout, a great cause.”

Check out some of the best sights and sounds below.

.@Edelman11 with the break up at Tom Brady’s annual Best Buddies Football Challenge. A man of many talents #patriots pic.twitter.com/I2fVZyZQq7

Tom Brady to his son for the TD! @bestbuddies @NBC10Boston pic.twitter.com/kwdROX8chY

Kicking off Best Buddies weekend with a couple friends last night. Thanks for taking a pic with us Aaron! pic.twitter.com/hMyFwlunSN

Tom Brady with the TD pass to @TedyBruschiESPN and then Tom and his daughter Vivian make the run down to the goal line to celebrate with Bruschi @bestbuddies annual charity football game Friday night @HarvardFootball Stadium – #wbz pic.twitter.com/C2LWAlwpgj

I’ve been attending @bestbuddies close to a decade and it’s been an unbelievable experience each and every time. This year was even more special because I got to share it with my mama and baby cub. #getemstartedyoung #BestBuddiesChallenge

Had a great time playing flag football with old friends at the Best Buddies Challenge today!

Skylar got to hang out with some of his favorites today… thanks @tombrady and @edelman11! #bestbuddieschallenge

Great to play football again this past Friday with my friends and old teammates #TomBrady and @TedyBruschiESPN for @bestbuddies 🏈 pic.twitter.com/l6OzYtlW5N