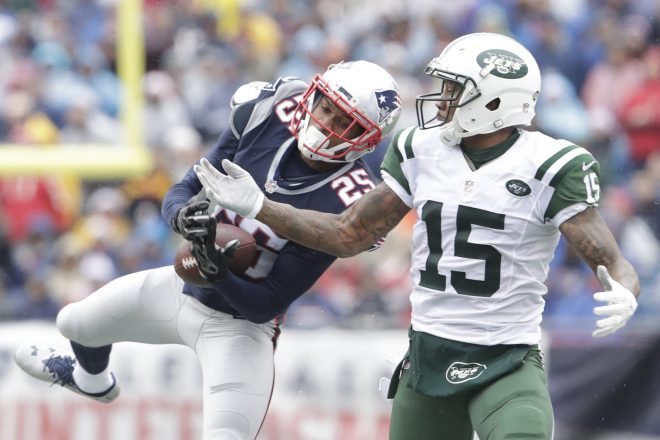 Speaking with the FS1 program Undisputed on Thursday, Washington Redskins cornerback Josh Norman had some critical words about the New England Patriots decision makings on defense in Super Bowl LII, but it was his comment about Eric Rowe that gained the most attention.

At first, Norman was asked what he thought about Malcolm Butler’s benching during the game and its impact.

“He could’ve affected that game, literally,” Norman said. “I understand coaches, they try to make a point, and that point is reasonable when you’re in the biggest game of all… Sit [him] out for a quarter, sit [him] out for a half, that’s cool. Teach a lesson. But the whole game when crunch time comes down to it?”

“You put the best out on the field and you let them play… I respect [Butler’s] game. I respect Bill Belichick as a coach. I respect everything they do as an organization, but at the end of the day man, you have to put your best players in the game no matter what happens.”

As a follow up, hosts Skip Bayless and Shannon Sharpe provided Norman with Belichick’s reasoning behind the benching, explaining that the move was that they inserted the player that he felt would give them the best chance to win the game, cornerback Eric Rowe.

Norman responded with the following comments that appeared to take a shot at Rowe’s career.

Who’s Eric Rowe? I mean, I don’t know the guy and I’m not trying to disrespect him at all and I think he’s going to be a hell of a player once his time comes. But at the end of the day, I think Malcolm Butler, is he not senior to Eric Rowe? So he’s been playing the position and he has that experience.”

Rowe, who has been a member of the Patriots since 2015, played a big role in the teams last two Super Bowl runs. As USA Today’s Tanya Ray Fox highlighted, “Rowe has played in all six of New England’s playoff games over the last two seasons, accumulating 24 total tackles and an interception returned for 37 yards in the 2016 AFC Championship Game against the Steelers. The only Patriot with more playoff tackles over the last two seasons is Devin McCourty.”

Despite a less than stellar Super Bowl, Rowe has been far from a slouch during his time in Foxborough and of course has the Super Bowl ring that still eludes Norman.

In response to the comments, last night over Twitter, Rowe sent out the following “subtweet” that appears to be him taking note about what was said.

Rowe will be entering the final year of his current four-year, $4.879 million contract he signed with the Patriots in May 2015, and may have gained some additional motivation to bounce back in 2018.