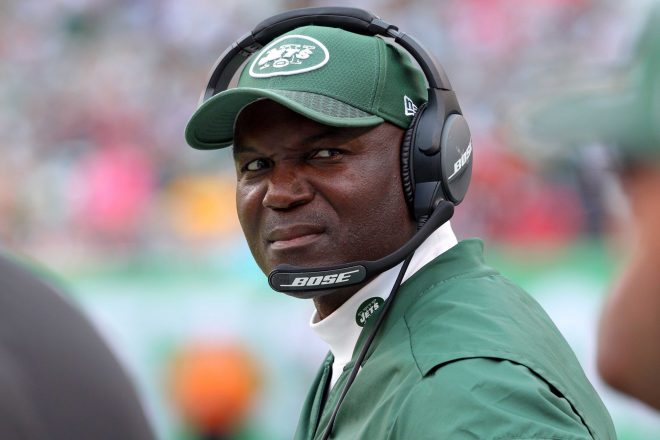 With the Bills now in the rearview, the Patriots find themselves set for a rematch against the New York Jets to close out the season for their final regular season home game next Sunday at Gillette Stadium.

Their original meeting down in New York wasn’t exactly easy, with New England walking away with a 24-17 at MetLife Stadium back on October 15th. In that game, Jets quarterback Josh McCown had a pretty good performance, finishing 31-of-47 for 354 yards and two touchdowns. However, the big difference in the game ultimately came down to turnovers, with McCown throwing two interceptions, one to both Devin McCourty and Malcolm Butler, both of which amounted to a total of 10 points for the Patriots.

The game had a similar feeling to the Pittsburgh game after the Patriots caught a break thanks to the rule that saw Austin Seferian-Jenkins’ would-be fourth quarter touchdown get called back as a fumble that went out of bounds. That call was crucial because it would have pulled the Jets back to within 3 points and kept the pressure on New England. Instead, it was called a touchback and the ball went back to the Patriots, which killed New York’s momentum and ended up being one of the big keys in the loss.

“It’s difficult to take the loss,” said Jets head coach Todd Bowles after the game. “It’s not the just the one play. We lost the ball game. They made more plays that us. You have to give them credit. They’re great for a reason. We’ll go back to the drawing board and play better.”

Some numbers that stand out from that game with McCown was the fact he had a terrific second quarter, completing 8-of-11 (73%) for 86 yards and a touchdown, but did commit a crucial turnover. His interception came just as he had guided his team to midfield with an opportunity to take a 21-7 lead, but Malcolm Butler picked him off and set up a 6-play, 63-yard touchdown drive by Tom Brady and the Patriots to knot the game at 14-14. 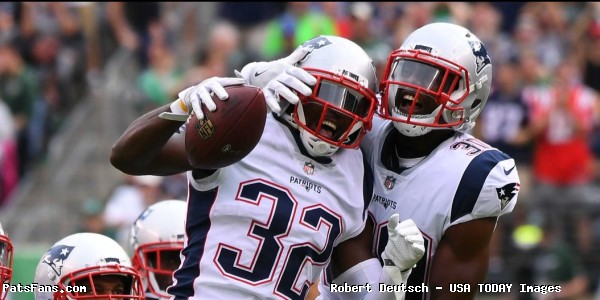 McCourty and the Patriots defense were the difference back in October. (USA TODAY Images)

McCown was also 9-of-10 on third down that day with six passing first downs, including a touchdown. McCown’s season may be over thanks to a broken hand he suffered against Denver, but it doesn’t change the fact the Patriots defense will still need to be better this time around in that area.

Unfortunately for the Jets, a lot has changed since their last meeting. At the time, the Jets were still in the hunt for both the division and the playoffs and now, they’re below .500 and their season is all but finished. For New England, playing a team with nothing to lose is always a concern, especially since many of those opposing players would probably like nothing more than to play spoiler for a Patriots team that is heading to the postseason.

Bowles said after their last meeting that the loss certainly wasn’t from a lack of effort and credited the Patriots for simply doing what they needed to in order to come away with the win.

“We played hard. They played hard,” said Bowles. “They made more plays than us. They won the ball game.”

Hopefully the Patriots will make it a clean sweep this weekend.