The Patriots and Falcons played in the Super Bowl earlier this year and will meet again tonight on Sunday Night Football. Neither team has played anywhere close to their potential yet in 2017, but perhaps they’ll use this week’s game as a springboard to get back to where they were last season. But one thing that I won’t be looking forward to this evening is what they’ll be wearing.

The NFL has saddled those hideous Color Rush uniforms on us again with tonight’s game. They’re ugly and serve no purpose other than a money grab by the league. It is bad enough we have to put up with them on Thursday Night games, but now Sunday night’s as well. Enough. Ditch those duds (double entendre).

Injuries Piling Up on the Defense: The Patriots limp into this week’s game with a lot of missing faces on the defense. Two of their top three corners (Eric Rowe, Stephon Gilmore) are out with injuries and their replacement, Johnson Bademosi is questionable so it leaves them very thin on the perimeter facing one of the best passing attacks in the NFL.

An already thin linebacker core is also possibly going to be missing additional pieces. Elandon Roberts is questionable this week and after seeing the video of Harvey Langi in the hospital this week, he won’t be available for a quite a while if at all the rest of the season. Langi and his wife Cassidy were stopped at a traffic light last Friday night in Foxboro when another vehicle plowed into theirs. They suffered serious but not life-threatening injuries.

Two bits of good news on the injury front is that help is coming. Shea McClellin returned to practice this week. He will be eligible to be activated off of IR and return in a few weeks. And RB Rex Burkhead, out since Week 2, should be active tonight.

How Quickly the Landscape Changes:
While the playoffs and playoff seeding are far, far down the road, it is always interesting to keep tabs on things as they play out. And the past week shows just how quickly the landscape can change, especially given how crazy the NFL has been this season.

Entering last week’s slate of games, the Chiefs were 5-0 and essentially had a three-game lead on the Patriots for the AFC’s top record considering they had a two-game lead with the Patriots at 3-2 and having beaten New England head-to-head on Opening Night. But back-to-back close losses in four days have dropped the Chiefs to 5-2. After the Pats win over the Jets, a win tonight over Atlanta would put the Patriots at the same 5-2 record. Kansas City would still own the tiebreaker over New England but it opens up a host of possibilities.

The Patriots play Pittsburgh later this season and the three teams “could” conceivably be in a three-way logjam at the top. Again, while it is still 10 games away from the playoffs, it just shows how volatile things are in the league right now and how quickly they can change.

Rush Defense Quietly Making Strides:
Lost among the talk about the pass defense that has continued to struggle has been the play of the run defense. The last two weeks have seen some improved play in the rush defense, especially right up the middle. Part of it has been the moving of Dont’a Hightower back to the ILB spot on early downs as he’s helped solidify things in the middle at the second level.

But just as importantly has been the play of Malcom Brown, Lawrence Guy and Alan Branch inside. They’ve been very solid at standing up the offensive line push and holding their gaps allowing the linebackers and safeties to make plays. Brown had his best game of the season last week against the Jets, making two tackles for losses and registering a sack.

But perhaps the bigger story was the return of Branch, who had been a healthy scratch in Tampa Bay the week before. The coaches weren’t happy with his production and sat him down and left him in New England while the team traveled against the Bucs. But he responded in a positive way and played much better last week against the Jets. This is a positive sign that the team can build off, and once they get their corners healthy again, perhaps it is a sign that the defense can start building off of and play better.

Allen To “Turn the Corner?” Gronk Thinks So:
Not all of the Patriots moves bear fruit. They’ve swung and missed on many, but on the whole, their batting average has been pretty good under Bill Belichick. One of those misses thus far has been with tight end Dwayne Allen. Known primarily as a blocking tight end, Allen has also shown the ability to catch the ball as well. He was coming off of a 35 catch, 6 touchdown season with the Colts in 2016, the most catches that he’s had since his 2012 rookie season where he snagged 45.

With Rob Gronkowski healthy and returning this season, Allen was brought in to replace Martellus Bennett. Things have not gone smoothly. Thru the first six games of the season, he’s yet to make a catch. He’s had a few drops and there have been a few others such as the Panthers game where he was streaking down the field all alone and as Tom Brady released the ball, he was hit and it came up far short. But now he’s in danger of being frozen out.  We’ve seen that before with receivers who don’t catch on. Brady, once he doesn’t have trust in that receiver, won’t look his way. Last week, he barely saw the field against the Jets. But one player is convinced that Allen is going to break out soon is Gronkowski.

“Dwayne’s been a great teammate,” Gronkowski. “He’s a great guy and he comes out and works every single day, works his tail off, works his butt off, and I feel like he’s going to turn the corner soon. He’s right around the corner. He’s been working hard. He’s been grinding and he’s a great guy. I love having him out there with me.”

So, perhaps he’s practicing better and we are about to see Allen begin to have some production in the Patriots offense. That would be a nice bonus to what they already have and help things out quite a bit.

Bills Try To Lure Patriots CB Lewis Off of the Practice Squad:

The Patriots as we mentioned earlier, above are short a few cornerbacks right now due to injuries. If the Bills had their way, the team would be even shorter.

According to NESN’s Doug Kyed, Buffalo attempted to sign away Patriots practice squad cornerback Ryan Lewis to their active roster this week.  But the Patriots convinced the UDFA rookie from Pitt to remain by bumping his practice squad salary to $465,000.

Lewis posted very impressive numbers at his Pro Day this spring, running a 4.37 time in the 40-Yard Dash and logging a vertical leap of 35 inches as well as a very impressive 6.87 time in the 3-Cone Drill, a Patriots favorite. The 5’11, 192-pound Lewis spent training camp with the Cardinals before being released at the end of preseason.

Who Do You Like This Week NFL Week 7:
Last week was another so-so week, however, with a very crazy NFL season, it is getting very hard to predict what upset will happen from week-to-week.  Either way, I finished with a 7-7 mark. Season Total: 57-34.

This week’s Thursday Night Football Game I went with Oakland (1-0), over Kansas City. Now for the rest of the slate for this week:
Buccaneers at Bills – Tampa Bay

Next Thursday Night Baltimore over Miami

Can the Bills’ Offense Wake Up against the Bucs?

The Buffalo Bills sit at 3-2 and are still very much alive in the AFC East thanks to the stellar play of their defense thus far in 2017. The Bills defense has allowed just 2 passing touchdowns while logging 8 interceptions. This week they face the Buccaneers and Jameis Winston which will be another good test for their stellar defense.

However, Tampa Bay has the 30th ranked defense in terms of yards allowed and their pass defense has struggled. This is a prime opportunity for the Bills to remain within striking distance of the Divisional race in the AFC East.

But to do so, Tyrod Taylor is going to have to step up and play much better. The Bills passing offense is also ranked 30th in the league and throwing for just 165.0 yards per game. Taylor can’t just hand the ball off to LeSean McCoy and wait for the running game to open up play action passes for Buffalo to make that big step and regain a playoff spot.

He must be able to put the team on his back and throw effectively on days when the running game isn’t clicking. That’s what good quarterbacks do. Thus far in his Bills career, he hasn’t. This is when the Bills will have the chance to be players in the division race for the first time in a very long time. Their defense will be ready. Will their QB?

Dolphins Look For Some Payback to the Jets:

The Miami Dolphins have had an up and down season in 2017 so far, like most of the teams, they’ve struggled with their consistency. But like Buffalo, they too are still very much alive in the division, thanks to their stunning come-from-behind 20-17 win over the Atlanta Falcons after trailing 17-0 at the half.

Also, like the Bills, the Dolphins have leaned on the play of their defense which is ranked 11th in terms of yards allowed and 3rd in points allowed. Miami revamped the linebacker position, a big area of weakness in 2016 and the results, thus far speak for themselves.

But like Buffalo, their offense has struggled to score points, Miami’s offense is last in the NFL in yards per game and points scored, averaging a terrible 12.2 points-per-game. And much like Buffalo, their problems can be attributed to their QB. Jay Cutler has plenty of weapons around him, but to average 155.4 yards per game with just five touchdowns and five interceptions with the skill position players he has in Miami’s offense? That is totally unacceptable.

The Jets beat them in Week 3 and they sacked Cutler three times. Jay Ajayi had an off-game and Cutler was awful, going 26-44 for just 220 yards with a touchdown (as time expired in the game) and an interception. He’ll have to be much better this time around and the ground game should help their offense against the Jets defense that struggles against the run.

Jets Get Powell Back in Big Game in Miami:

The New York Jets will get a big piece of their offense back this week when they travel to South Beach to take on the Miami Dolphins. Bilal Powell will be back in uniform when the Jets take the field today. Powell missed the game last week as the Jets lost to New England at home with an injured calf, that was characterized as a strain.

They will need Powell as Miami’s defense is third in the league against the run allowing just 80.4 yards per game and just 3.5 yards per rush. But Powell, who was back to a full participant at practice has said that he’s 100 percent healthy and ready to go.

This is a big game for both teams this week and Powell will help a running game that has struggled the past two weeks and the passing game of Josh McCown who can use him out of the backfield. He’s averaging 4.7 yards per carry and has caught 13 passes out of the backfield. 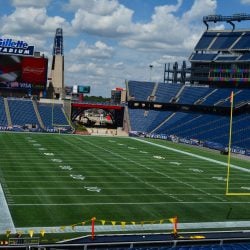 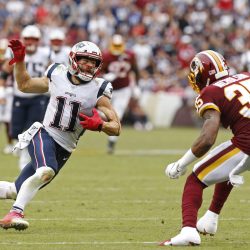