5 years ago at 3:13 pm ET
Follow @IanLogue
Posted Under: Uncategorized 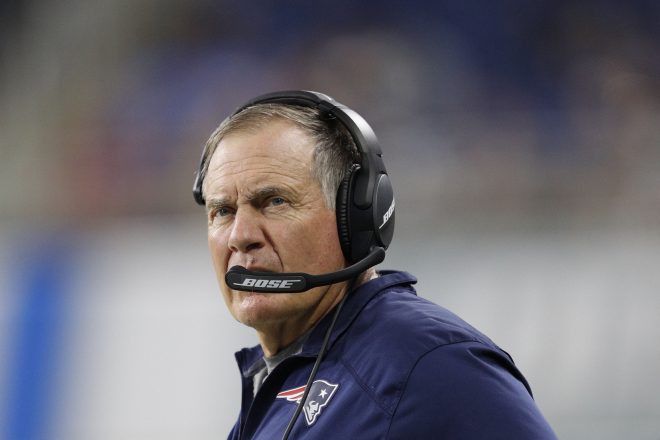 Players who have been through the Patriots’ program and have moved on to other teams have repeatedly talked about how difficult it is to play for this program and the high expectations that come with it.  That’s part of what comes with playing for a winning program, and it’s obviously not an easy place to play given the amount of work they’re required to put in.

Those who make it through an entire training camp likely sit with incredible anticipation wondering if opportunity will knock and they’ll get a chance to continue, or if they’ll instead end up trying to catch on somewhere else.

For those who receive the incredible news that they’re on the team, it’s the culmination of a lot of hard work and effort that they’ve put in to give them the opportunity to play for Bill Belichick’s football team.

The only problem is, they’re just getting started.

As Belichick said during his press conference on Sunday, as nice as it is for the players who have carved out a spot on the roster, that journey will only continue as long as they continue to grow and improve.  If they don’t, they’ll find out that the joy and elation they felt when they made the team will disappear just as quickly.

“I think that’s one of the things sometimes that players, younger players especially who don’t have a lot of experience in the league, can make a poor judgment on. They work hard in training camp. They make the roster, make the practice squad, or earn playing time or whatever it is, and then feel like they don’t have to do as much or that they’ve kind of arrived at a certain point, and a few weeks later other players pass them by and their situation changes. That’s not uncommon at all.”

One of the things Belichick pointed out is that the NFL season is a long road and it’s generally when you really find out who is able to sustain a consistent work ethic, and who eventually falls off. 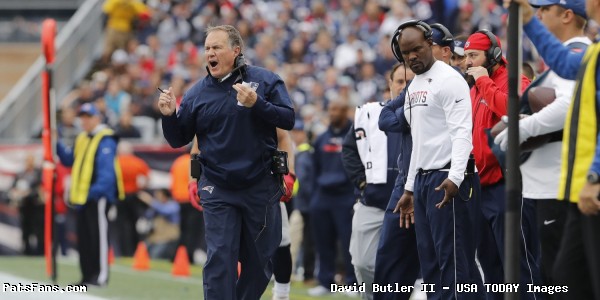 Belichick’s high expectations are the reason why they’re a perennial winner.


“I think that’s hard to sustain a high level of performance in this league, so you start at the end of July and sustain it all the way through preseason games and training camp practices and all of that, but the season hasn’t started yet,” said Belichick. “Mental toughness, consistency, resiliency, dependability, being able to do it day after day after day at high level – the competition level is moving up now, not down. The players that aren’t NFL players are off rosters and the guys who are on them are theoretically better than the ones who are off them. The competitive level is higher weekly in practice. It’s higher in games. Some players will rise with that, that competiveness. Competition will push them up. Some of them, it doesn’t work that way. If that’s the case, then they’re going to be replaced.  If they don’t know that and they make that mistake, they’re going to find out the hard way.”

Belichick also went on to say that one of the things he reminds his players is that as nice as it is that they’ve made the roster, it could all change very quickly if they let up.

“Yeah, as much as you want to say “Nice job. You made the team,” they’re not a permanent fixture on the team,” said Belichick. “They’re here until as long as they’re doing their job and they’re dependable, and reliable, and consistent and improving. Once that curve starts to head the other way, I would say it probably isn’t going to last too long. If they can’t figure that out then they’re probably going to suffer the consequences.”

“I hope none of our players, young players, guys who this is the first time they’ve been on this team, take that attitude. I think that would be a big mistake on their part. Hopefully, they won’t do that.”

Their season begins on Thursday, and we’ll find out in the coming months who of the names who are currently on the roster are still there once the dust settles.