5 years ago at 5:00 am ET
Follow @IanLogue
Posted Under: 2017 Patriots Training Camp 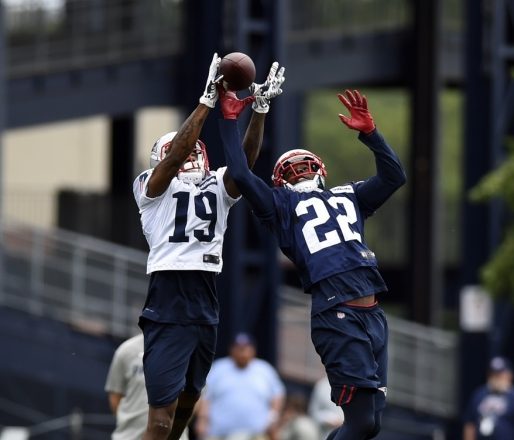 Fans in New England had to endure five months without football and two days into training camp, it’s hard not to get fired up over every big play as the team begins getting ready for the upcoming season.

One leaping catch here, along with whatever touchdowns and interceptions are made, those are the moments that fans who will be visiting the Gillette Stadium practice fields over the next several weeks will be hoping they’ll get to see.  So far, the first two days have included quite a few, sparking questions of what it all means and how it might translate in terms of what’s to come for the upcoming season.

But for Bill Belichick, he’s seen too much over his career to read much into what happens this early in camp.  He knows that big moments from one player in the early-going may not necessarily mean anything by the time camp ends and each of those plays need to be kept in perspective. 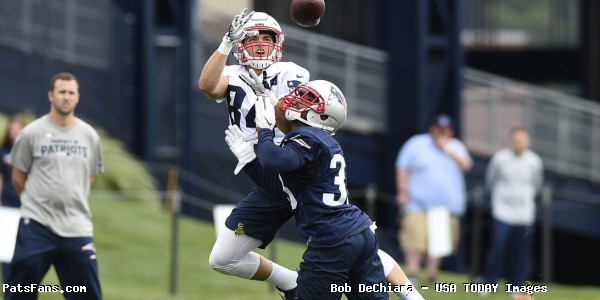 The big plays are great, but Belichick is looking for more.


Belichick talked about what he looks for on Friday, saying that when a player makes a big play on either side of the ball, he evaluates it based on how the player across from him handled the play.

“Well, it would depend on the play,” said Belichick when asked about how much stock he puts in some of the big catches he’s seen. “Sometimes those plays are maybe a result of, just in that particular example, I’m not saying any particular play, just in general, sometimes a good play defensively is a result of not a good play offensively or vice versa.  A good play offensively wouldn’t really be good if it was better defended. I think you have to take those kinds of things into consideration.”

“Like yesterday, we had a couple of plays out there that were just a great throw, great catch, good coverage. So even though the ball is caught, the defender was in very good position and the offense made a great execution. Then there were other plays where maybe the defense wasn’t in that good of position and ended up making the play. It might not have been good enough if the play had been better executed on offense, but on that particular play it wasn’t. It looked like it was a defensive play but the next time I don’t know if it would’ve been.”

On Saturday, he’ll start to get the answers he’s looking for.  He’ll find out if certain receivers can get separation, if defensive backs can disrupt their routes, and if each player can handle the type of obstacles they’ll be forced to deal with on either side of the football.  That’s one of the main reasons Belichick enjoys padded practices.  Big plays may get the attention of the fans, but it’s the details that will ultimately decide if those players will survive by the time it’s over.

“I think you have to look at those,” said Belichick. “Production is important, obviously, but sometimes it’s circumstantial, good or bad, so we just try to look at each situation carefully and try to figure that out.”