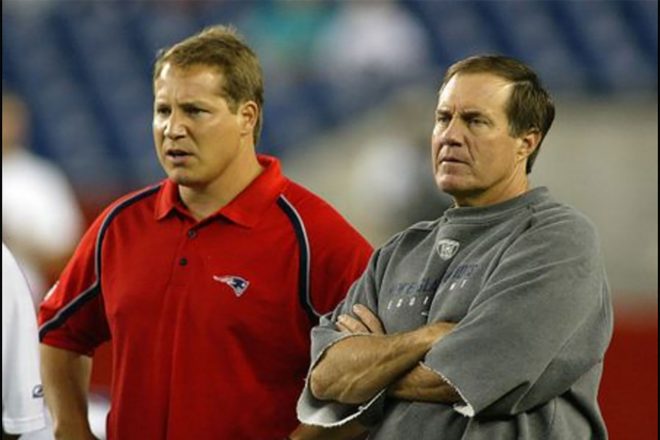 With the weekend now in the rear-view, here’s a look at today’s top stories.

Mangini Hoping to Mend His Relationship With Belichick – Eric Mangini saw his relationship with Bill Belichick evaporate thanks to SpyGate and it sounds like 10-years later, he’s still hoping that his mentor will somehow forgive him for damaging the reputation of the coach who gave him his start in the NFL.

Ask anyone outside of New England to even explain what SpyGate is and you’ll typically get the wrong information.  The event stemmed from the fact that the league had released a memo in 2006 regarding the use of video cameras, which prevented clubs from being able to record video from the sideline.  The biggest misconception is the fact that videotaping opposing coaches wasn’t illegal (provided the video wasn’t “accessible to club staff members during the game”), but the fact the Patriots continued doing it from the sideline instead of another location was the thing the NFL took issue with after Mangini reported it.

During the investigation by the NFL, Belichick didn’t deny the fact the Patriots did it and said he was under the impression that as long as the tapes weren’t used during the game, that the practice wasn’t illegal.  But at that point, it lead to the league levying a $500,000 fine against Belichick and $250,000 against the team, as well as docking the club a first-round draft choice.

But the worst part about the entire thing is the fact that it sparked an erroneous report by the Boston Herald that ultimately became what the event has been labeled for. Then Patriots beat writer, John Tomase, reported that the team videotaped a walk-through prior to their Super Bowl meeting against the St. Louis Rams back in 2002, which ultimately turned out to be false.  The Herald later published a retraction and apology, but the damage had been done, with the story having become a national headline the day before the Super Bowl in 2008.  Some even feel that it was enough of a distraction to derail the club’s unbeaten run and given the timing of the story, it’s hard not to believe it played some small role from that standpoint.

However, the most irritating part of that entire sequence of events is that 10-years removed from when it happened, ask any opposing fan outside of New England about the team or SpyGate and the taping of the walk-through is what they believe it was all about. The worst part is, they – including multiple news outlets since then – still take it as truth despite the fact it never happened.

Either way, that event permanently damaged the relationship between the two coaches.  It drove a wedge between Mangini and the man who gave him his start during their time together back when Belichick was coaching in Cleveland and even saw his mentor speak at his wedding.

However, according to ESPN’s Rich Cimini, the two haven’t spoken since and Mangini admitted that the whole thing became far more than it needed to be.

But it did, and after multiple coaching stints Mangini is now out of the league and has watched the man who brought him up through the coaching ranks win two titles in the last three seasons.  Mangini may be remorseful but he also leaves out the fact that the Jets made another accusation while claiming the Patriots illegally placed a microphone on a defensive player, which the league also looked into and found it had no merit.

While he may have left that part out, those are things that are likely etched in Belichick’s mind forever.  For now Mangini remains disappointed with how things have turned out and he admits that he hopes that the two can reconcile.

“Look, Bill is a big part of my life. Bill gave me a tremendous opportunity, and I enjoyed that experience, and I respect him. It’s disappointing, the way it’s been. Hopefully, it can change at some point.”

It’s funny hearing this yet again after Mangini had previously made similar statements about a year ago, likely looking for some sort of absolution.  One would have to believe, given everything that has happened, he probably still won’t get his wish. 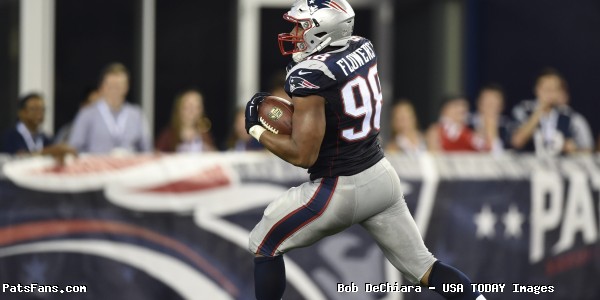 Flowers Putting 2016 in the Rear View – Trey Flowers had an impressive season in 2016, finishing with seven sacks during the regular season as well as 2.5 during the playoffs.  He emerged as one of the bright spots for a Patriots defense that lead the league in fewest points allowed and became a Super Bowl Champion in his second season in the NFL.  Now he heads into his third season looking to build on a big year, although he recently admitted that he’s turned the page and is only looking forward.

“I don’t look too highly on it because last year was last year,” Flowers told Jeff Howe of the Boston Herald. “The last game was the last game. I could look at that game, and there’s a lot of plays that I missed, a lot of opportunities that I missed that I should have had. That’s just all about staying hungry. Having the Super Bowl that I had in the biggest game of my career, understand while watching the film, ‘You did all right, but you could have done better.’

“I’ve got that mentality coming into the season. Any opportunity I’ve got, I want to improve on being more productive. This will be my first time coming in and being able to produce at a high level. Being able to understand my role; I know my role now. Being able to live in that role, I’m looking forward to it. I’m going to stay hungry.”

After emerging as a defensive threat, Flowers said that he’ll likely register on the radar of opposing teams in the film room, which will now force him to have to work a little harder if he hopes to build on the success he had in 2016.

“Coming off of last year, I know a lot of guys are going to start looking at me now,” Flowers told the Herald. “A year ago, they probably weren’t paying much attention to me. They’re going to start studying me, game-planning me, and I watch film trying to see how I can counter off a move that they might be expecting. You’ve got to deal with it if they’re going to game plan for you, if they’re going to double team you. You’ve still got to remain productive, and that’s one of the reasons why I’m hard on myself.”

Another Belichick to Join Coaching Staff – With Bill Belichick heading into the back half of his NFL tenure, he’s already done a pretty good job of bringing his sons up through the ranks and it appears another one is set to break through.

According to the Boston Herald’s Jeff Howe, Belichick’s youngest son, Brian, will reportedly be promoted from the scouting department to coaching assistant.

It’s an impressive step for Brian, who graduated from Trinity College last year before becoming an addition to the scouting department.  Now he finds himself joining the coaching staff, although exactly what he’ll be doing has yet to be reported.

His brother, Steve, moved up to safeties coach last season after spending four years as a coaching assistant.  His group had a solid year after being part of a Patriots’ defense that finished in the top-10 in total defense and allowed an NFL best 15.6 points per game.

He joined his father and brother on the field at the Super Bowl back in February, with the two later enjoying the incredible moment of seeing the team win their fifth title of their father’s coaching tenure.

To what capacity Brian falls under will be something to keep an eye on, but it’s truly become a family affair as they try and help the Patriots continue one of the most successful runs by a team in NFL history.

Hightower and Mitchell to Start on PUP? – One tidbit that Mike Reiss reported on in his Sunday notes is the fact that the Patriots could see two notable players potentially unavailable to start training camp.

Reiss reports that both Dont’a Hightower and Malcolm Mitchell were missing from the practice field during two weeks of voluntary OTAs, which he believes points to the likelihood that they’re each dealing with some sort of medical/rehabilitation issue.

While Reiss says that no one should be alarmed over this development, it could open up the possibility of one or both beginning training camp on the physically-unable-to-perform list if they haven’t recovered by the time camp opens.

Gronk Picks off a Bouquet And Spikes It – If anyone is wondering how Rob Gronkowski is getting along as he continues recovering from his back surgery, he looked pretty quick and nimble in a video posted on Twitter as the tight end appeared at a wedding recently.

In the video, Gronkowski can be seen making a leaping interception of a wedding bouquet before spiking it, which saw the arrangement explode into a mess of petals on the floor before celebrating his accomplishment.

You can check out the video below.

Gronk with the INT and the spike at the wedding tonight @barstoolsports pic.twitter.com/NHft5FbUNz

READ NEXT:
VIDEO: “One Nibble With Julian Edelman”
Posted Under: Daily Patriots Rundown