6 years ago at 9:10 am ET
Follow @IanLogue
Posted Under: Daily Patriots Rundown 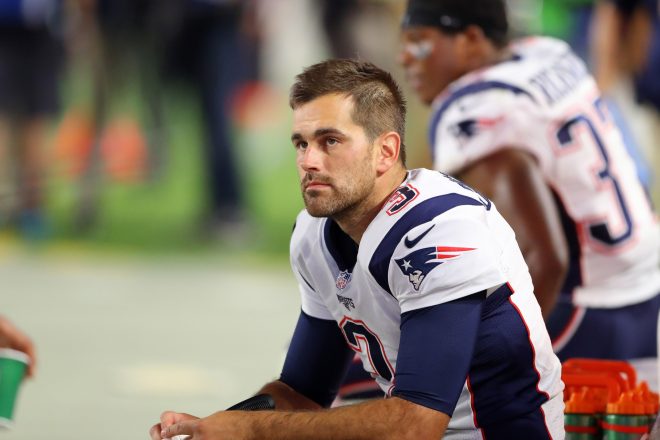 It’s Friday, and here’s today’s edition to close out the week.

Gable On His Tryout: “I feel like it went well” – It’s no secret that 2016 wasn’t the best season for Patriots kicker Stephen Gostkowski, and it sounds like New England’s audition of kicker Josh Gable went well enough where this might not be the last we hear of him.

The kicker appeared on SportsCenter on Wednesday morning and was asked about the tryout, which he seemed to be happy with.

“I felt like it went well. I got great feedback from the coaches,” Gable said on SportsCenter via Mike Reiss. “Joe Judge, the head special-teams coach, we basically talked through everything. He helped me out with a lot.”

He said during his interview that the Patriots were the first to hold a tryout for him, although he has received interest from “around eight teams”.

While it’s a little early to say a change is coming, the fact that Gable was even given a tryout was somewhat telling in that the Patriots seemingly are trying to make sure they have options if Gostkowski has issues again this season.

The veteran kicker didn’t seem like he had cause for concern after he received the full support of Belichick during his struggles in 2016, which saw him miss three extra points during the regular season, as well as five field goals.  He also missed two extra points in the postseason, including one in the Super Bowl.

“Nobody works harder than Steve. Steve’s a very talented player. He’s mentally tough,” Belichick said back in October after a win over Pittsburgh via ESPN. “We’ll work through it. Again, this is a tough place to kick. I’m not making any excuses but the kicker on the other side of the field had trouble too. But we have to make them.”

Gostkowski was given a lot of leeway but 2016 is now in the rear view and it’s Belichick’s job to try and make sure that he’s got a back up plan if his kicker struggles again.  He’s the master when it comes to doing his due diligence and now it’s up to Gostkowski to help convince him Gable’s services won’t be needed. 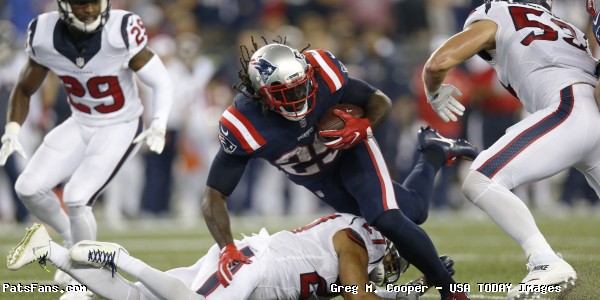 The Patriots’ tender of Blount narrows his options.

Trying to Make Sense of the Patriots Tender to Blount – It’s no secret that Bill Belichick’s mantra has always been that he’ll do whatever is best for the team, but New England’s decision to place the May 9 tender on LeGarrette Blount certainly raised some eyebrows this week, because it sends a clear message.

Belichick and the Patriots take no prisoners, and you have to wonder how Blount feels about the fact the team he helped win two championships is seriously impeding his ability to cash in for the second time after he revitalized his career yet again with them.

For those who aren’t aware, Belichick found yet another rule the league had in place that the Patriots exploited, tendering Blount, an unrestricted free agent, $1.1 million (or 110% of his total salary last season) for the 2017 season.  By doing so, if he receives an offer and signs with another team before July 22nd, Blount would count toward the compensatory pick formula for 2018.

If that wasn’t bad enough, Blount finds himself out of options if he stays on the market past that date, as he’ll only have the opportunity to play for the team that put him in this position, the Patriots, in 2017.

It’s an interesting move and Mike Reiss of ESPN tried to make sense of it, saying that the potential of having to part with a compensatory pick might have scared off the Baltimore Ravens, who were rumored to be in the mix for his services.

With the opportunity to still be able to return to New England, Reiss also points out that Blount would have incentives in his deal allowing him to earn just over $2-million.  Those incentives might be more difficult to reach this season considering the Patriots backfield is pretty crowded with Mike Gillislee, Rex Burkhead, and James White seemingly the three players who would most likely see considerable amounts of the workload.

As a result, it’s certainly a complicated situation.  Blount hasn’t Tweeted anything or reacted publicly since this unfolded, but this will obviously be another interesting story to follow until we see how it plays out. 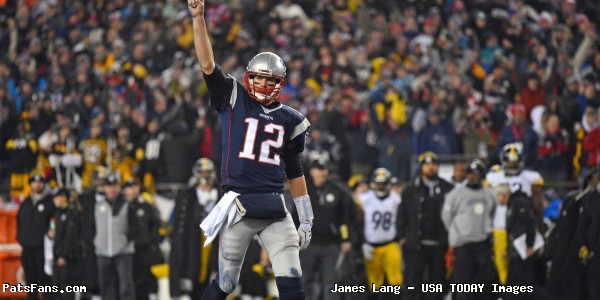 Brady’s no stranger to people doubting him.

Bayless Believes Brady’s Playing For His Job – Skip Bayless is no stranger when it comes to making statements to get a rise out of people, and a Tweet late Thursday afternoon set off the masses when he suggested Tom Brady’s future might be in jeopardy.

Bayless Tweeted that while Brady is the greatest QB ever, he’s “playing for his job” this season because should he struggle, Belichick has Jimmy Garoppolo sitting there waiting.

Incredibly Tom Brady, greatest QB ever, is playing for his job next yr. If he struggles, Belichick will have excuse to cut him, go w Jimmy G

It’s not that big of a hot take because there’s some truth to what he’s saying, which makes it less of a big deal if you really stop and think about it.

Brady’s been playing for his job since 2001, so it’s not exactly news.  Had he not played to his level the way he has each season, who knows where he would be right now.  All you need to do is look around the league to realize that there are no guarantees when it comes to the quarterback position, and things can change in a hurry.  The only key to job security is winning, which is essentially what has kept Brady in the driver’s seat as long as he has.  The only real difference between now and the years prior is simply the fact that the Patriots seemingly have someone behind him who can run the offense at a level Belichick has confidence in.  While Matt Cassel played well in 2008 after Brady suffered a season-ending injury in the home opener, Garoppolo seems to have the “it” factor Belichick seems to like that makes him a player who would provide less of a drop off if Brady was to go down compared to other back-ups who have come through here.

It’s really simple.  If Brady keeps playing like Brady and the Patriots keep winning championships, #12 will remain the starter.  If the team begins losing games, Belichick will have to look to someone else, just as he would have had Brady’s effectiveness as a starter had dropped off long before now.

Needless to say, nothing has changed.  It’s been this way from the moment he took over and Brady’s drive to be the best has kept him as the team’s starter and the results speak for themselves.  The biggest difference is the fact that the team finally has a player who can at least step in and make them competitive when that day finally comes.

It’s a bottom line game and winning ultimately trumps everything.  No one knows this more than Brady, who thanks to his consistency has avoided the fate lesser quarterbacks couldn’t.  If you don’t win, you’ll be replaced.   That’s just the way it is.

Fortunately Brady’s been a winner and as long as that continues and the rings keep coming, it’s safe to say his future will remain in his own hands.

By: Ian Logue
Heading into Monday night's match-up, if ever there was a sense of urgency, it's probably safe to say there needs to be a heightened state…
24 mins ago

By: Mark Morse
The Cardinals present a game the Patriots could win.  Their Defense is one of the worst in the league giving up 26.8 points per game…
40 mins ago

By: Robert Alvarez
The last couple weeks have been a struggle for the Patriots and their fans, so "NFL Fan Therapy" discusses the latest developments.
55 mins ago