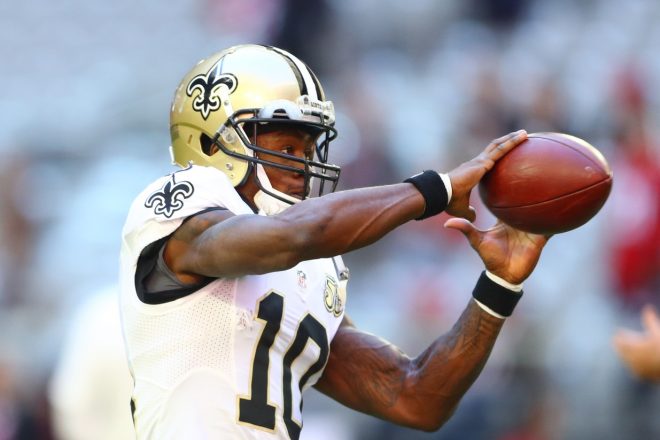 A quiet news morning, but here’s a look at today’s top stories.

Player Numbers Revealed – One of the most intriguing players who will probably get a lot of attention this season will be wide receiver Brandin Cooks, who was acquired by New England this offseason thanks to the first-round pick the Patriots sent to the Saints for his services.

For those keeping track at home, Mike Reiss reported on Monday that the number to look for when training camp opens will be #14, which will reportedly be the number the fourth-year receiver will don this season with his new team.

That’s a number that during the Bill Belichick era has had some interesting names wear in recent years.  The most recent player who wore it was Michael Floyd, who was with the team at the end of 2016 but is no longer with the club.  From there, there’s been WR Chris Harper, Punter Zoltan Mesko, back-up quarterback Vinny Testaverde, and receiver P.K. Sam.

It’s an opportunity for Cooks to make that number great, which hasn’t been done since Steve Grogan last wore it in 1990 prior to his retirement.  Cooks has already been a play-maker during his brief time in the league, averaging over 10-yards per catch during each of his three seasons, including a career best 15 yards per reception in 2016, tied for 14th in the NFL.  He joins last year’s league leader Chris Hogan here in New England, who was tied for tops in the NFL at 17.9 with DeSean Jackson.

Another notable fact is that cornerback Stephon Gilmore will wear #24, which was worn by Cyrus Jones last season and was worn before that by Darrelle Revis.  It was also worn by Patriots great Ty Law, which gives it quite the legacy.  Jones has reportedly given it up for #41, so give him credit for looking for a fresh start after a frustrating rookie campaign.

For the full list, you can find them in Reiss’ entry via THIS LINK. 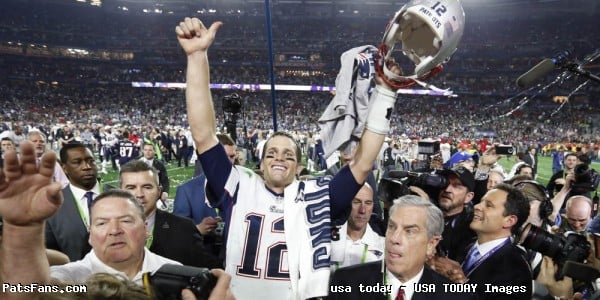 Brady’s shares a calm energy with his wife, Gisele.

Gisele Takes Credit For Brady & Pats Super Bowl Win – While Tom Brady might have looked cool and calm during the time the Patriots found themselves down 28-3 against Atlanta back in February, it sounds like there might have been a little positive energy sent his way from his wife.

Gisele Bündchen told NBC’s Jimmy Fallon on The Tonight Show that she did her best to help pass some of that energy along to her husband as they began their epic comeback.

The quarterback’s wife admitted she “started meditating” saying it was “the only thing that could calm me down.”  From there, she continued trying to keep her cool as the team began battling back.

“I channeled some great energy and, really, I feel like a little responsible,” said Bündchen during the interview, referring to the win. “I brought love and peace and clarity and calmness into the game. It shifted after that, I must tell you.”

And now she’s been a part of seeing her husband win two championships in three years. Whatever she’s doing, hopefully she can keep it going. 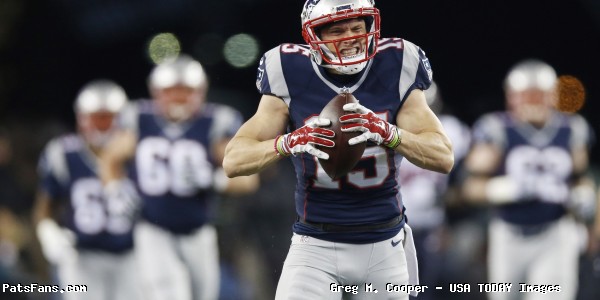 Hogan announced a partnership with a nutrition company.

Hogan Part of Nutrition Announcement – Wide receiver Chris Hogan’s name popped up in a press release on Monday from SGB media, which announced that the company “Maximum Human Performance” (MHP) has signed him to their team.

MHP is a premium sports nutrition brand and will feature Hogan and other athletes appearing in the brand’s new “Your Body of Work – Driven by MHP Science” campaign, which will reportedly debut later this month.

Hogan said in the release that he believes in their products and is happy to be a part of it.

“I’ve always been a believer in sports nutrition and started using MHP supplements in college.,” said Hogan.  “MHP helps me get the most out of my training program and I believe it gives me the edge I need on the field.”

We obviously know here in New England that Brady is a big believer in nutrition and Hogan appears to share a similar mindset.  Hopefully his commitment to his body translates into plenty of success after a strong start to his career here in New England.

Mitchell a High-Character Guy – One thing I found this morning while digging for interesting bits was an entry from last week by Mike LaBella for the Eagle Tribune, which centered on a bit on Malcolm Mitchell.

The second-year receiver visited a local shool in Haverill last week and talked about his role during the team’s championship run, saying it was an honor to be able to participate in such a big game.

“I just followed the leaders on the team,” he said. “The goal is to get better each and every year and try to be the best person you can possibly be. As long as you are on the field, you have to keep in mind that each day is an opportunity to grow.”

Haverill public school employee, Ray Naroian, told LaBella that Mitchell was “such a gentleman” and displayed “such great character”.  After what we’ve seen from him both on and off the field during his rookie year, it’s another reminder of how lucky the Patriots were when they selected him in the 4th round last year out of Georgia.

On the field in 2016 he had a strong performance, finishing with 32 receptions for 401 yards and 4 touchdowns.  He also came up big in the playoffs, catching 7 passes for 75 yards, 6 of which came in the Super Bowl and 5 of those were in the final quarter of play.

It was an unbelievable start for the rookie, who appears poised for great things.  Which shouldn’t be a big surprise, since great things often tend to happen to good people.

@Money_Mitch26 embracing an incredible feeling most rookies don't get to experience. 💰 #SB51 https://t.co/uiYRjPumls