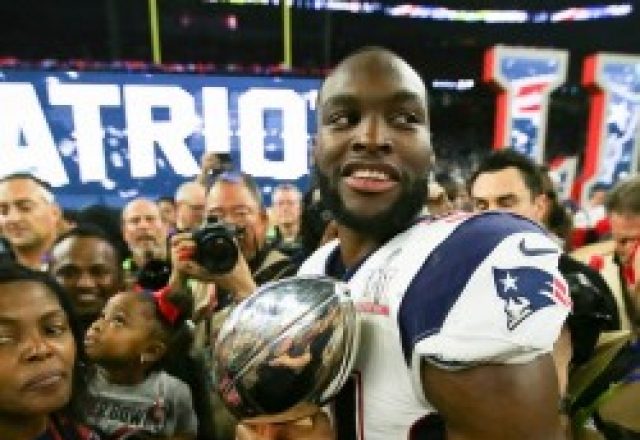 We’ll be doing profiles on each of the free agents in the upcoming days and give you our take on whether they return or move on. One of the players facing free agency is linebacker Barkevious Mingo.

Mingo appeared to be well on his way to being a star performer in his first season. Despite being slowed by a chest injury, he logged five sacks as a rookie with the Browns. That was followed by only two in 2014 and none in 2015. With him on the outs with Cleveland, Bill Belichick swung a trade with the Browns for a 5th round pick.

It seemed to immediately bear fruit; in his first action in a preseason game against the Giants, Mingo was all over the field, showcasing the athleticism he’s always been known for. But his issue has always been weight. He can’t keep weight on his frame and as a result, he never carved out a role on the Patriots defense. He did become a good Special Teams’ player and he performed well there all season.

Now with a Super Bowl ring in hand, he’ll head out to free agency. Mingo and Dont’a Hightower are the only linebackers on the Patriots testing free agency this season.

Why Mingo Will Return: The Patriots and Belichick have always loved having athletic linebackers on their special teams’ units, guys like Larry Izzo, Matt Chatham, Chris White, and Tracy White immediately come to mind. They can probably land Mingo for a very modest salary and bring him back.

There won’t be a ton of teams breaking down his door and looking to throw big money at his feet. So, if Belichick want him to return for his STs ability, the opportunity will be there.

Why Mingo Won’t Return: There was hope that Belichick could find a role for Mingo as a sub-rusher in the Patriots defense. Unfortunately, despite his early flash, that never materialized. His lanky frame, just doesn’t hold up well enough for full-time defensive play.

There’s little belief that this will change if Mingo is brought back. While he performed well on Special Teams, the Patriots can replace his production there if he goes.

Bottom Line: The Patriots took a calculated but low-risk gamble on Mingo last year. For a 5th round draft pick, it was well worth it. But this was one of those moves that just didn’t work out. Mingo appeared to be a good teammate and relish the role he got, but there was hope that it would be much more.

His physical skills and athleticism will no doubt attract a team that will want to roll the dice, much like Belichick did a year ago, to see if they can find a role for Mingo in their pass rush department. And they’ll no doubt toss more money his way than the Patriots will this spring.