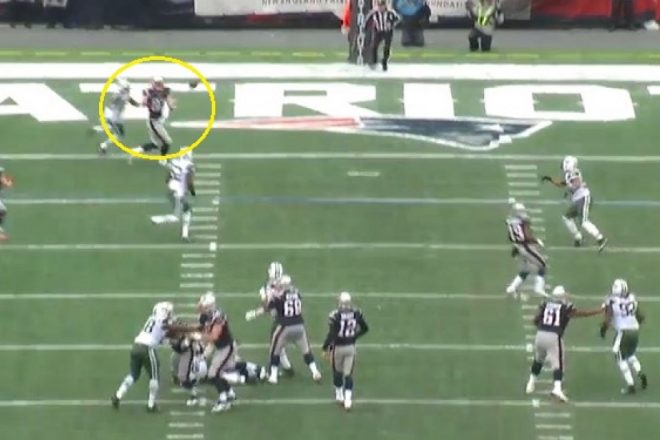 Lengel’s family was in attendance at Gillette Stadium for the game as his brother shared a tweet in the moment following the score that went viral over the internet after the game concluded.

MY BROTHER JUST CAUGHT A TD FROM BRADY!

Lengel then thanked everyone for their show of support as more and more reaction to the touchdown followed including their hometown newspaper a day later.

Thanks for all the messages, everyone. Couldn't be more proud of my little brother. He's talked about this since he was two years old.

To see it come true today, holidays, 3 days from his birthday, with us and his fiancé in town… well, it's exactly how it should be.

Happy 26th birthday to Matt @Colonel82 Lengel! Catch a TD from Tom Brady, Christmas, & birthday all in one week… https://t.co/jqYYcLGAAg