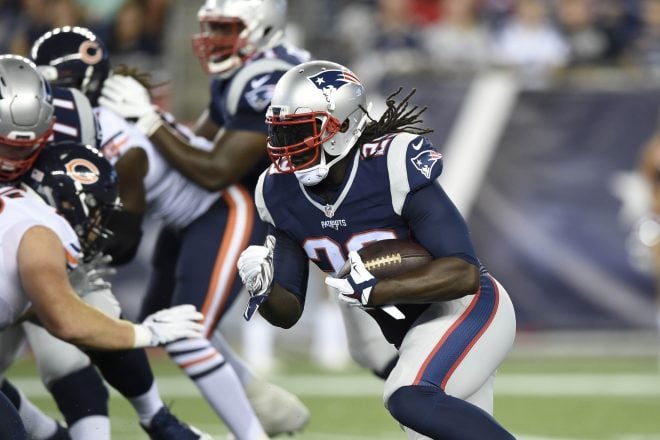 With the NFL now playing games on Saturday, Week 16 features five nationally televised games. The week kicks off Thursday night with another NFC East prime time game, this time between the Giants and Eagles. Then with Christmas on Sunday the standard slate of games is moved back a day to take place on Saturday. On Saturday night Cincinnati is at Houston on the NFL Network. Then on Sunday there are two unopposed matchups. Late afternoon it’s Baltimore at Pittsburgh, also on NFLN. Then NBC has their normal marquee Sunday night game, with Denver at Kansas City. The week wraps up with Detroit at Dallas on Monday Night Football.

For out of town Patriot fans their is some good news. The Patriots-Jets game receives some fairly extensive broadcast distribution. That game will be available from most of the eastern seaboard, across the gulf states to Texas. It will also be shown in most of the northwest, from South Dakota to Washington as well as in Alaska.

The bad news is that Ian Eagle and Dan Fouts will again be calling the game. If you have surround sound set up as part of your entertainment system just mute (or unplug) the front center speaker. Voila! No more insane commentary from the Bird and the Beard.

The Patriots are listed as 16½ point favorites, which is the largest spread of the week. If you want to win $100 taking the Pats straight up without any points then you would have to risk $2500 to do so.

CBS has the single game this week and most of the western states will receive Indianapolis at Oakland in the late time slot. On Fox Minnesota at Green Bay will be televised almost everywhere in the early time frame. After that the eastern United States gets Tampa Bay at New Orleans, while most of the west receives Arizona at Seattle. Unfortunately fans in California are stuck with the 49ers at Rams dumpster fire.

By: Steve Balestrieri
But we need to continue to work to do things better on our end. Then as it relates to our specific opponent. There's no magic…
2 hours ago