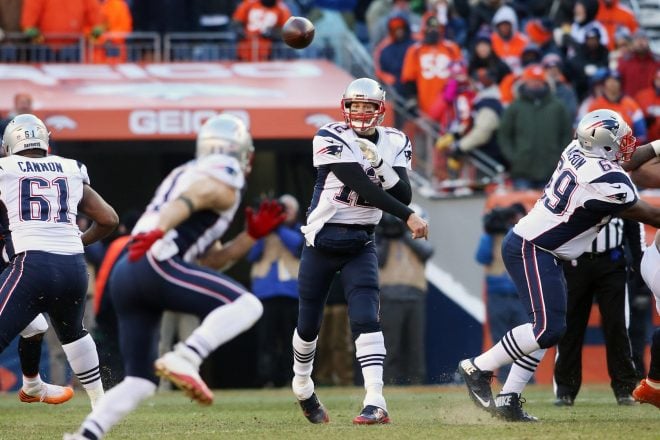 On winning the AFC East and how good it feels to walk off this field with a win:

“Yeah it was a great feeling.  It was a great team win.  I thought it was pretty good complimentary football.  Defense was playing, just, so great all day.  Offensively we made some plays, just didn’t make enough points to score more points than what we had, but it ended up being enough today.”

On if he’s seen Dion Lewis getting better since he’s been back:

“Yeah it was great to see him just kind of make those moves that everyone’s used to seeing him make.  So I mean, that’s just the way it goes.  You come back from some pretty tough injuries and it just takes a little time to get reacclimated.  He’s done a great job for us.”

On if it’s good when the offense is struggling to get going to be able to adapt and do what they need to do to win:

“Yeah, because that’s ultimately the most important thing.  You’re going to always find different ways to try to move the ball down the field.  I thought we did a decent job of that at times but I think there were some self-inflicted errors that caused us some problems on offense.  It was good with turnovers and field position and that makes it tough on the other team.  We’ve been on the other side of that too, and, you know, that’s the way it goes.”

On the receivers’ drops and the fact he wasn’t as emotional as he was on Monday night football, why there was a change in his approach:

“I’m not sure…I’m not sure.  I mean, I don’t…I think if people drop balls, they drop balls, that never really gets me too frustrated.  I those are just physical errors and those come up.  Mental errors, those get me frustrated.  But I felt like we wanted to just stay patient and execute and ultimately we scored enough points to win the game.  It could always be better, it certainly could have been better today, but I’m happy we won.”

On the offensive line and how much better they were this time compared to the last time he was here:

“Yeah, they played great.  We ran the ball so well, both LeGarrrette [Blount] and Dion [Lewis].  Pass protection was great, so they did a great job.  They’ve been doing a great job all season.  So just gotta keep it going.”

READ NEXT:
Reactions from Denver to Patriots’ 16-3 Victory vs Broncos
Posted Under: Patriots Transcripts