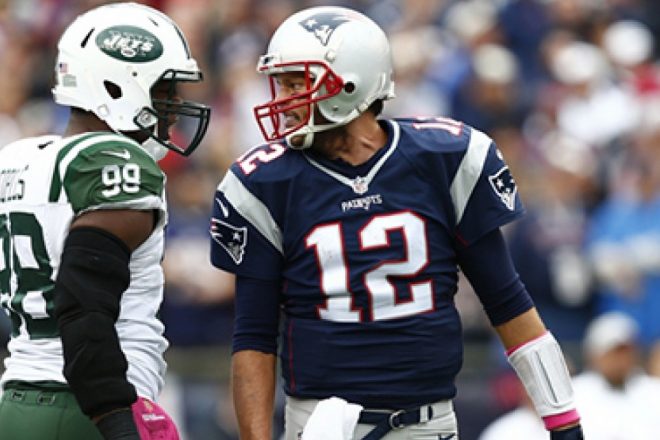 Earlier this week the Westgate Las Vegas Superbook released their ‘look ahead’ betting lines for NFL Week 12. These odds are published in advance of any of the prior week’s games being played, including Carolina’s 23-20 Thursday night victory over New Orleans. Early lines give some clairvoyant risk takers an opportunity to roll the dice on games that will not take place for another week and a half. There are times when public reaction to the most recent game clouds reality, and for a moment one can exploit the betting lines on a team that may be overrated or underrated due to the most recent result – or be done in by an unforeseen injury.

Once again the New England Patriots are the biggest favorite of the week despite playing on the road, this time by nine points over the stumbling Jets. Tennessee listed as a one point favorite over Chicago is the narrowest spread of the week. The Bears and Jets are two of five home underdogs in week twelve. Despite losing four in a row the Steelers are favored by three at Indy; the Giants are favored by 6½ at winless Cleveland; and Tampa Bay is a 6½ point home dog to the Seahawks.

Week 12 features five division games, two of which are part of the Thanksgiving Day triple header. NFC rivalries start Turkey Day, commencing with Minnesota at Detroit and then followed by Washington at Dallas. Sunday finishes with two AFC rivalry games that swapped places for Sunday Night Football. Originally the Patriots were scheduled to play the Jets on NBC. Thanks to Gang Green already totaling more losses in their first ten games than they compiled in all of 2015, the Pats-Jets game was removed from prime time. The Chiefs and Broncos both have seven victories already, tied for the most in the AFC with New England and Oakland. End result is that Kansas City at Denver will be the showcase game on Sunday night, and rightfully so.

The two other prime time games look interesting as well, which is a welcome sight after a season full of shoddy matchups on Thursday and Monday nights. On Thanksgiving night the Colts host Pittsburgh in a game that could have significant playoff implications once the regular season ends. And on Monday night the NFC’s version of the slumping Steelers – the Green Bay Packers – travel to Philadelphia to take on the 5-4 Eagles.

Other games of note in Week 12 include Cincinnati at Baltimore in the AFC North, San Diego at Houston, Arizona at Atlanta and Carolina at Oakland. Why so many decent games for a change? Perhaps it has something to do with not having a half dozen teams off with a bye. Sit back, feast and enjoy.

No animals were harmed in the publishing of this blog.