6 years ago at 2:25 pm ET
Posted Under: Patriots Commentary 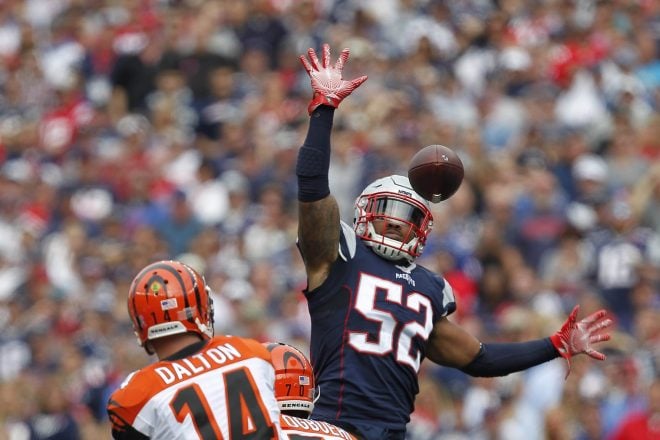 Quarterbacks drop back to throw, and defenses try to tackle them before they are able to throw. Sacks. They affect field position. They affect down and distance. They affect momentum. But just how important are they in the grand scheme of things? They certainly are “sexy”, but are they as important as some fans seem to think they are? Well, to be fair, GMs also think they’re important, as players with high sack totals tend to get very large contracts. The market seems to have spoken. But perhaps GMs are overvaluing them. Let’s see.

So far in 2016, the average pass attempt in the NFL yields 7.2 yards. That means that when the coach calls for a pass play, in general, on average, they can expect to gain 7.2 yards on that play, assuming they actually are able to get the pass off before being sacked or forced to scramble.

Contrast this with a tackle for loss in the run game. In 2016, the average rushing attempt in the NFL goes for 4.2 yards. Of the 5537 rushing attempts in the league so far this year, 102 of them have been “stuffs”, or tackles for loss (TFL). Those have totaled 203 yards, for an average of 2.0 yards lost per TFL. So whenever there is a rushing attempt that is stuffed, the offense loses 2 yards. That’s a significant difference from the 6.2 that are lost from a sack. Moreover, on running plays, it means that a TFL costs a team 6.2 yards of field position.

It is obvious that running is a more conservative play than passing. You gain less yardage, but you risk less as well.

So back to sacks. In football analytic terminology, there exists this idea of “expected points”. That is, charting thousands of football games over the years, analysts assign an expected point value to every down and distance situation from every spot on the field. First and 10 from your opponent’s 45 yields a different expected point number than third and 13 from your own 27. For each down and distance, the expected point value, when graphed, resembles a pretty straight line, meaning that there is a linear relationship between these values. So to make it simple, we will just look at a team possessing the ball at the 50 yard line. 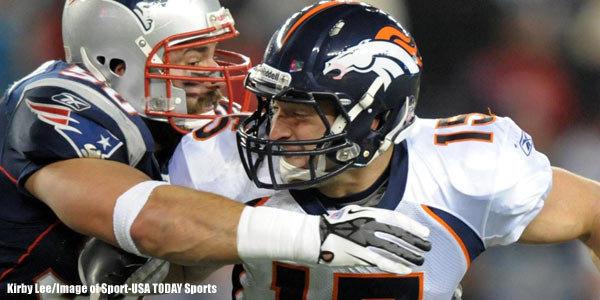 “Putting pressure on the quarterback without getting a sack is very important. Such pressure can often times be more effective at creating a turnover, because the QB sometimes forces bad throws into coverage because they don’t want to take the sack.”

So on the whole, a sack essentially costs your team, on average, 1.0 expected points.

But in reality, it’s worse than that, because you were expecting to have a positive gain of 7.2 (rounded to 7) yards. Those two 0.2 numbers actually add up to almost a half yard, which makes a difference in expected points, but to keep this simple we’ll just go with 6 and 7. If you were expecting to gain 7 yards, but instead lose 6 yards, that’s a net loss of 13 yards.

Speaking of turnovers, that’s another way of looking at things. A QB fumbles the ball roughly 1 out of every 10 times (10.4%) he’s hit with possession of the ball. This includes both runs and sacks. So the number is normally even higher when it comes to sacks, because he’s not protecting the ball like a runner. But let’s just go with that number. A back or receiver carrying the ball normally fumbles 1.8% of the time, or twice every hundred touches (or once every 50 touches). So a QB getting sacked is much more likely to fumble the ball than if he managed to complete a pass to a back or a receiver – nearly six times as likely, in fact.

Since turnovers are the largest game-changing play, an offense getting sacked not only loses field position, it loses down and distance, it loses point expectancy, and it opens itself up to a much greater chance of the ultimate game-changing play: a turnover.

Putting pressure on the quarterback without getting a sack is very important. Such pressure can often times be more effective at creating a turnover, because the QB sometimes forces bad throws into coverage because they don’t want to take the sack. Consistent pressure is more important than the occasional sack. But on the whole, a sack is more valuable than QB pressure.

Sacking the quarterback, because it doesn’t happen very often in a game (about four and a half times on average), isn’t the most important thing a defense can do. But aside from a turnover, a sack is the most game-changing thing that a defense can do. Sacks, therefore, have an enormous impact on a game, and that’s a huge reason why teams value players who can get to the quarterback so much, and, conversely, why teams value players who can keep defenders from getting to their quarterback.

READ NEXT:
NFL Week 9 Predictions and Picks Against the Spread
Posted Under: Patriots Commentary