6 years ago at 12:00 am ET
Follow @AllThingsPats
Posted Under: Uncategorized 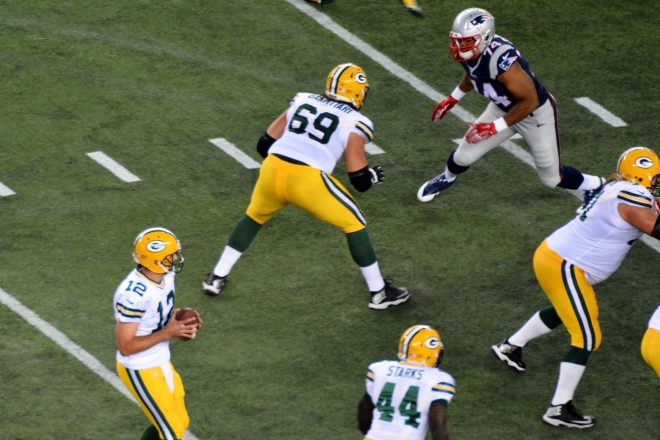 On Tuesday afternoon the Westgate Las Vegas Superbook released their advanced betting lines, also known as look-ahead lines. These early lines give some clairvoyant risk takers an opportunity to roll the dice on games that will not be played for another week and a half. There are times when public reaction to the most recent game clouds reality, and for a moment one can exploit the odds on an overrated or underrated team – or be done in by an unforeseen injury.

The New England Patriots will be one of six teams off with a bye in Week Nine. The halfway point of the 2016 NFL regular season does have a handful of noteworthy games nonetheless. Beginning with the end, Buffalo will be at Seattle on Monday night. Elsewhere in the division the Jets travel to south Florida to face the Dolphins.

There are plenty of division rivalry games in Week Nine. The November schedule starts with Atlanta at Tampa Bay on Thursday 11/3. The Bucs shocked the Falcons 31-24 back in Week One at Atlanta. The Falcons rebounded to win four straight – including back-to-back victories over last season’s Super Bowl participants – but have lost their last two games.

Elsewhere Pittsburgh is at Baltimore for their biannual AFC North slugfest, in the NFC North the Lions play 5-1 Minnesota and the Giants host Philadelphia in an NFC East game. One of the best matchups takes place Sunday night as the Broncos and Raiders renew their AFC West rivalry in Oakland. Indianapolis at Green Bay will be the primary game in the late afternoon time slot.

Here is a look at the Week Nine schedule and the early odds. It is interesting to note that home teams are underdogs in five of the thirteen games on slate. The Patriots, Arizona, Chicago, Cincinnati, Houston and Washington all get the week off with a bye.