6 years ago at 11:15 pm ET
Follow @AllThingsPats
Posted Under: Uncategorized 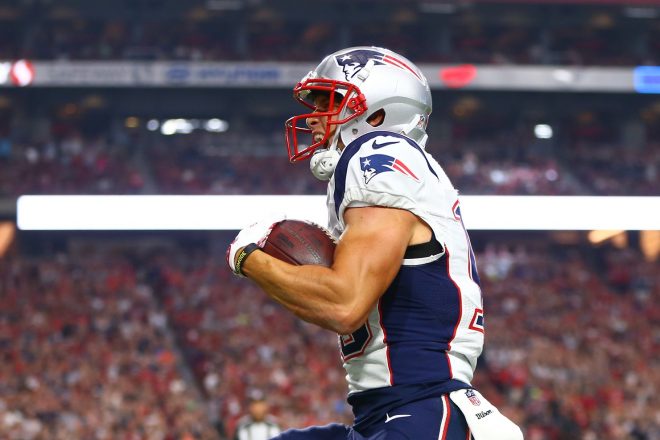 CBS will broadcast the Pats’ game. I am hoping that CBS will send their top broadcasting crew of Jim Nantz, Phil Simms and Tracy Wolfson to announce the contest, though that has not been officially announced. The reason I say ‘hope’ is because if they are given Sunday off since CBS only has the single game then that means it will once again be Ian Eagle and Dan Fouts.

The game is scheduled to air throughout almost all of the east coast, as well most of the southeast. As of Monday WBZ’s transmission problems have been fixed, so hopefully for Patriot fans that will not be an issue this weekend.

FOX owns the tripleheader next weekend and two games dominate their distribution plans. Seattle at New Orleans will be broadcast by most all of the FOX affiliates in the early time slot. Green Bay at Atlanta is the only late game on FOX, and will be available everywhere except for Denver.

Originally the Packers-Falcons was to be an early game but ten days ago the league moved it to the late time slot. Part of that was due to the Falcons’ hot start, but the biggest reason was the underwhelming performances of two other teams. Arizona and Carolina were expected to be two of the best teams in the NFC, but right now they are a combined 4-8-1. As a result the Cardinals-Panthers game was demoted from the late time slot to an earlier kickoff.

The third and final London game of the 2016 season happens Sunday morning, with Washington taking on Cincinnati.

The prime time games are Jacksonville at Tennessee on Thursday, Philadelphia at Dallas on Sunday and Minnesota at Chicago on Monday. For Dallas this marks the seventh time in seven games that the Cowboys will receive nationwide or near-nationwide broadcast distribution this season.

The Dolphins, Ravens, Steelers, Rams, Giants, and Forty Niners are all off with a bye in Week 8. The Patriots will receive their bye next week, followed by games against Seattle and San Francisco.

As always, these broadcast listings are preliminary. Between now and Sunday there will be changes for some network affiliates.

★★★★ 4-1-1 Seattle Seahawks at 2-4 New Orleans Saints
Sunday, October 30 at 1:00 pm ET on FOX; Justin Kutcher, Charles Davis and Chris Spielman
Seahawks -3 . . . . over/under 48
Broadcast in all markets with the following exceptions. Markets listed above for the Detroit-Houston game. Markets listed below for the Arizona-Carolina game. Buffalo, Cleveland, Indianapolis and Tampa will also not receive this game due to NFL/FCC rules.

This week we once again have a real clunker on Thursday night. Preseason predictions of Jacksonville progressing to become a playoff team look absurd right now. Tennessee has improved, but that is not saying anything. Last year the Titans were the worst team in the NFL. Jacksonville’s offensive line cannot open up any holes in the running game. Blake Bortles has thrown as many picks as touchdowns (nine) and has an abysmal 76.4 passer rating. To make matters worse the Jaguars have lost NT Roy Miller for the rest of the season due to a torn Achilles heel.