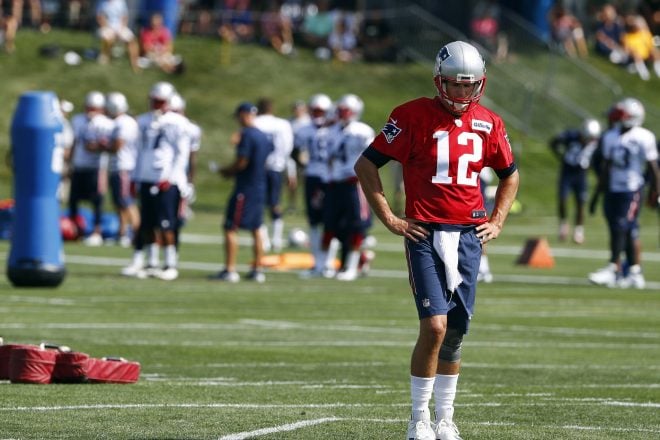 Rowe surprised by trade to Patriots – As an NFL player, it has to be tough to find out your entire world is about to be turned down and for cornerback Eric Rowe, that’s exactly what his week was like after finding out he was leaving Philadelphia to come to New England.

Rowe, who was acquired via a trade with the Eagles this week, said that he was with teammates preparing to go over film when he found out the news.

“It was our off-day in Philly and I was watching film with the other DBs and they called me up and were like, ‘Hey, we’re trading you,’ ” Rowe told the Providence Journal. “I was like, ‘Whoa. It’s like 11 o’clock. I wasn’t ready for this. I just came in to watch film.’ So it kind of was a shock to me.”

Rowe is a talented player who the Patriots obviously believe can help them this season, and instead of getting ready for the Browns this weekend in Philadelphia’s home opener, he’s hitting the books and trying to be ready should he be called on to help New England’s defense on Sunday.

“Picking up on it pretty quick,” Rowe told the newspaper on learning the defense. “Spent some extra time with our coach, Josh [Boyer], and a couple of the players; they kind of helped me out with the defense a little bit, too, so it’s been going good right now.”

Brady on Edelman’s “Jail” Comments: It’s “Not Quite Jail” – Tom Brady spoke on Westwood One’s pregame show with Jim Gray on Thursday night, as he spends his first week away from the game thanks to his ridiculous suspension.

Brady was asked about Julian Edelman’s comments this week about dealing with life without his quarterback in the mix, and Edelman compared it to “one of your buddies going to jail”.  Brady admitted it wasn’t quite to that extent, but he’s trying to make the best of it.

“Not quite jail. I feel like I don’t have the opportunity to do something I love to do,” said Brady via WEEI.com. “That is the hard part of the situation that we are in, but I am going to try and be positive about that and spend some quality time with my family and pick my kids up from school and do some things that I won’t have the opportunity to do in October, November and December and for the years to come. Hopefully I can keep playing football for a long time and I don’t need to sit out another September for as long as I am playing.”

One topic that has been discussed is how the suspension will affect Brady’s reputation, with many people throughout the country having developed a negative view given that all they have to go on are the majority of media reports that didn’t exactly tell the full story of what transpired over the last year-plus.  But the opinions outside this region, although more importantly outside the locker room, are ones Brady isn’t worried about. As long as he has the respect of his family and his teammates, that’s all he cares about and he’s looking forward to when this is over so he can get back to work.

“Whatever people choose to feel is obviously their right,” said Brady. “I’ve always tried to do things the best way I know possible. I was raised by a great mom and dad and I try and make them proud every day.”

“When I get the opportunity to get back on the field, I’m going to try and do the best I can like I’ve always done.” 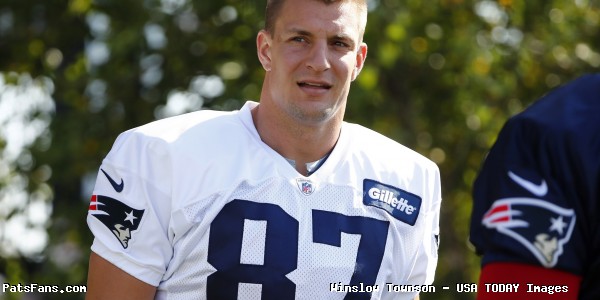 Perfect Practice Attendance (Again) on Thursday – While Rob Gronkowski may not be 100%, it didn’t stop him from taking the field during Thursday’s practice session, giving New England yet another day of perfect attendance as they continue getting ready to face Arizona this weekend.

Gronkowski spoke to the media and declared himself “Week to Week” on Thursday as he continues dealing with a hamstring injury, but Jeff Howe of the Boston Herald reported that the veteran should be out there Sunday night, citing two sources.

Slater Excited to Get Started – One constant in New England’s line-up over the years has been former 2008 5th round draft pick Matthew Slater, who emerged as a key member of the Patriots’ special teams unit and a leader in the locker room.

The start of the year is something he always looks forward to, and part of what he believes makes it great is the journey.  As we’ve seen over the years that journey will likely include some twists and turns along the way, but that’s something that Slater said is one of the best parts as the Patriots get to work on their annual one-game-at-a-time march that will hopefully see them playing for another title in February.

“It’s the beginning of a journey,” Slater said via the Attleboro Sun Times of the coming new season. “There’s a lot of uncertainty. We don’t know what’s going to happen. And I think that’s what makes it kind of fun.”

“If you knew what was going to happen, it wouldn’t be worth it,” he added. “So we’re excited about the journey. We look forward to the challenges that lie ahead and we just take it one day at a time.”

Patriots no longer Super Bowl Favorites – With the season kicking off on Thursday night, there were apparently some last minute changes in Las Vegas that altered who they believe will win Super Bowl 51.

Up until Thursday night the Patriots had been the favorites, but as Ryan Hannable of WEEI pointed out, New England slipped from having 6/1 odds back in July to now having 7/1 odds, with the Green Bay Packers as the new favorites to win the Lombardi Trophy in February.

The Patriots are still the AFC favorites at 7/2, while the Steelers are right behind them at 5/1.