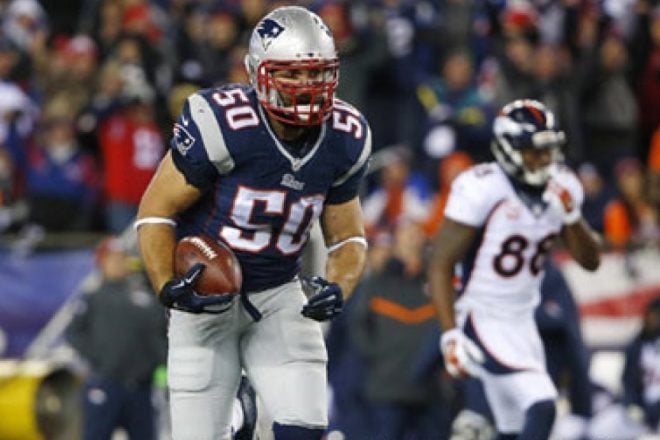 It looks like Tom Brady won’t be alone over the first four weeks in terms of players who won’t be able to go near the facility.

Patriots defensive end Rob Ninkovich was suspended for the first four games of the season on Friday for testing positive for a banned substance, which will certainly ensure that he won’t be on the field any earlier than Week 5 while he continues recovering from a torn triceps he suffered earlier in camp while practicing against the New Orleans Saints back on August 9th.  Ninkovich had continued practicing recently in a limited capacity and had looked like he was on the road to potentially coming back sooner, but Friday’s development will now put him on the back-burner for the Patriots until they battle the Browns during their week 5 match-up.

Ninkovich spoke with Mike Reiss of ESPN on Friday and said that the thing he’s most upset about is that his name and reputation will now be called into question thanks to this suspension.

“Few things are more important to me than my name and reputation. This might call that into question for some, which has me heartbroken,” said Ninkovich via ESPN Boston. “I don’t want to cut any corners. I want to do things the right way, with high integrity, and that’s what I have always wanted to stand for.”

The 32-year old Ninovich had played in an incredible 102 straight regular season games, ranking him third among active leaders behind the Colts’ Kendall Langford (128) and the Packers’ Julius Peppers (128).  Friday’s suspension will now most certainly end that streak. 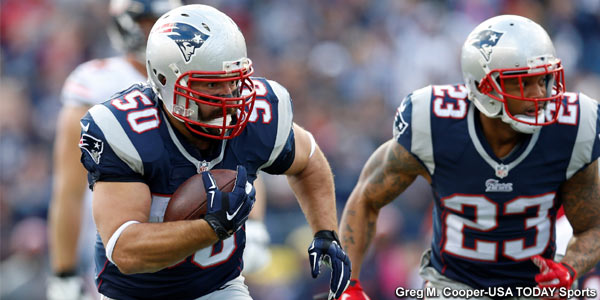 Ninkovich will be missing from the Patriots defense to begin 2016. (USA TODAY Images)

Brady has a streak of his own ending after he himself had played in an impressive 112 straight regular season games, which also ranked him third behind the Chargers’ Philip Rivers (161) and the Giants’ Eli Manning (183).

Now the two will be forced away from the club while they both deal with what will likely be a long stretch for both of them.  For Ninkovich, he called this a hard lesson after claiming to have used an over-the-counter supplement he bought at a store, which apparently was what contained the banned substance.  He knows there’s nothing he can do about it now, and he said it’s something he’ll just have to learn from.

“One thing I have learned is that if a supplement is not NSF certified, there are no regulations that ensure that what is on the label is 100 percent accurate,” said Ninkovich.  “That is a hard lesson for me to learn at this stage in my career, but I take responsibility for it. It’s a mistake I made and it hurts that I won’t be there for my teammates.”