6 years ago at 7:04 am ET
Follow @ralvarez617
Posted Under: Patriots Commentary 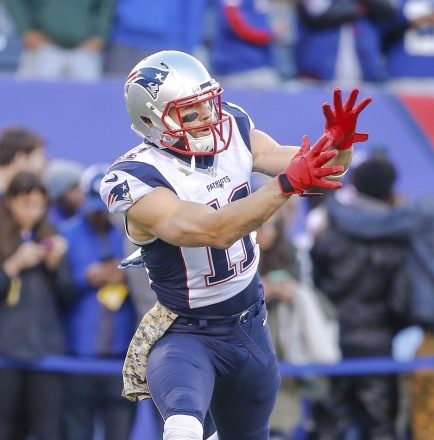 You got it. On the television game show Jeopardy! Tuesday night, Patriots fans watching were surprised to learn that star wide receiver Julian Edelman was part of a $400 question under the category “Name That Sport.”

The contestants in the episode were given the name of an athlete representing the sport, and one clue was “Julian Edelman” with the answer being of course being “What is football?”

Edelman, who was likely bombarded with tweets following its airing, took time to share his appreciation for being a part of the show on Twitter.

How Was This Article?
Posted Under: Patriots Commentary
Tags: Julian Edelman