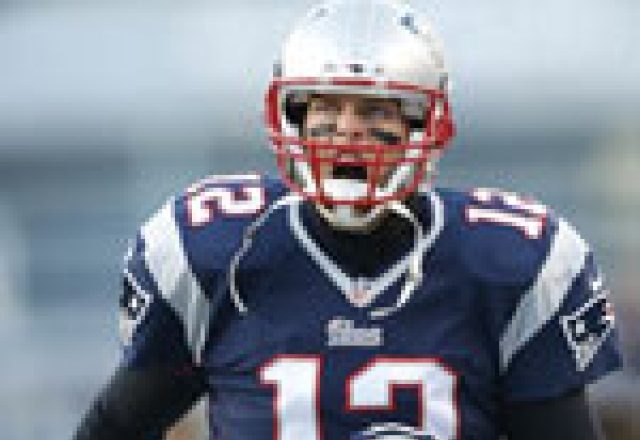 Here’s a quick rundown of this morning’s stories:

Brady’s Competitive Days Started Early – If you’ve followed Tom Brady over the course of his storybook career, one of the things that makes him great is his incredible drive and determination, both traits that have allowed him to become one of the best in the game.

He’s been a guy who has had to prove people for most of his life and on Thursday Brady pulled out an English essay he wrote back in 1994 on Facebook, which focused on the influence his sisters had on him.

Oddly enough, reading it essentially gives you a glimpse about the player he essentially believed he would one day become.

“I was raised in a family where the expectations were high and the failures were inexcusable,” wrote Brady 22-years ago, who said he felt like the “odd man out” among his sisters Maureen, Julie and Nancy while they were “busy participating in their own activities, seemingly oblivious to what their young brother was doing.”

One of the things that frustrated Brady was the fact that he was known more for just being their brother, as each of his sisters were great athletes.  It drove him crazy that instead of being recognized as an individual, he felt people saw him as just “another ‘Brady’.  His sisters’ accolades got their name in the paper, which seemingly drove him to try and make a name for himself.

But in high school, Brady started coming into his own as he started to flourish in football, becoming the varsity starter in his junior year, which he never relinquished.  That high school experience gave him some perspective and helped him mature as a person.

“As I have now matured through these past four years of high school, I have now begun to put into context where my sisters were at and were I am,” wrote Brady.  “I am beginning to understand my role as a part of my family as I have established a name for myself as a good athlete, as well as an intelligent young man.”

However, one of the best parts of that essay came in the next sentence.

“I will continue to flourish in life as well as in athletics because of my strong will to succeed and desire to always be on top,” wrote Brady. 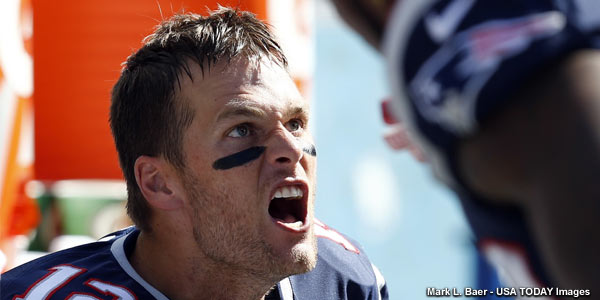 It’s amazing to look back on that considering where he is now.   Now he’s a four-time Super Bowl champion and a future NFL Hall of Fame quarterback.  Needless to say, he’s definitely made quite the name for himself.

“Hopefully, just maybe, one day people will walk up to them and say, ‘Aren’t you Tommy’s sister?’ or ‘Hey, where is your brother?”

Young Patriots Fan Gives Smith a Taste of His Own Medicine – Wide receiver Steve Smith is no stranger when it comes to talking smack on the field, and he got a taste of his own medicine while volunteering at a camp for military kids.

According to the New York Daily News, the incident occurred when Smith broke the huddle with a “Go Ravens” chant as they headed to the line, only to hear a little voice shout out a phrase that should put a smile on the face of most fans here in New England.

That seemingly caught him by surprise, with Smith saying, “I’m gonna…” before pausing. “Go on, go over there.”

Good for the little guy defending the wall against a veteran rival player.  That’s the type of fearless player that Bill Belichick would probably appreciate.

Edelman Making Progress – A trip to Massachusetts General Hospital this week saw Julian Edelman spreading some smiles while he was there, but a photo from Patriots.com should have people smiling after seeing him hobble his way off the field back in January with his injured foot.

The receiver had been seen recently wearing a walking boot as he continued recovering from another surgery, but a photo posted by Patriots.com saw him getting around MGH without the boot, which is good news as the team sits just about a month away from the start of training camp.

It remains to be seen if he’ll be ready to go by the time camp begins or if he’ll be in a situation where the team is cautious with his return and holds him out longer.  But the fact he’s getting better is definitely encouraging.  The offense is obviously better with him out there, and it’s safe to say most fans will be glad when he’s eventually back at 100%.

Gronkowski Among The NFL’s Best non-QBs – NFL.com’s Chris Wesseling took a look on Thursday at some of the best players in the game who aren’t lined up under center, and it was easy to see why one Patriots player made this list.

Rob Gronkowski earned the #2 spot on the list behind Houston’s J.J. Watt, with Wesseling taking about the incredible athleticism the veteran tight end has that makes him so dangerous.

“The offense’s answer to Watt, Gronkowski is such a freakishly stellar specimen that NFL Media analyst Nate Burleson once suggested he was “built in a lab” or “pieced together by the football gods.” Stopping Gronk is a Herculean task that would require a Frankenstein-like mashup of Jamie Collins’ size and athleticism, Richard Sherman’s playmaking ability and Patrick Peterson’s speed and quickness,” wrote Wesseling.

Cardinals general manager Steve Keim explained earlier this offseason that NFL teams no longer find complete tight ends. Today’s tight ends are either inline blockers (Y) lacking the skill set of pass catchers or overgrown wide receivers (F) who get blown up at the point of attack. Gronkowski is not just the exception to the rule. He’s the best to ever do it.”

It’s interesting to note that Wessling’s top five consisted of all defensive players, with the exception of Gronkowski.  Listed behind Gronk were the Rams’ DT (#3) Aaron Donald, as well as (#4) LB Denver’s Von Miller and (#5) Carolina’s LB Luke Kuechly.

Although if he was a little bigger, after seeing how hard he plays, it makes you wonder if he’d probably dominate that side of the ball too.

SOCIAL POST OF THE DAY:
Julian Edelman Out Making a Difference: