6 years ago at 8:29 am ET
Follow @IanLogue
Posted Under: Daily Patriots Rundown 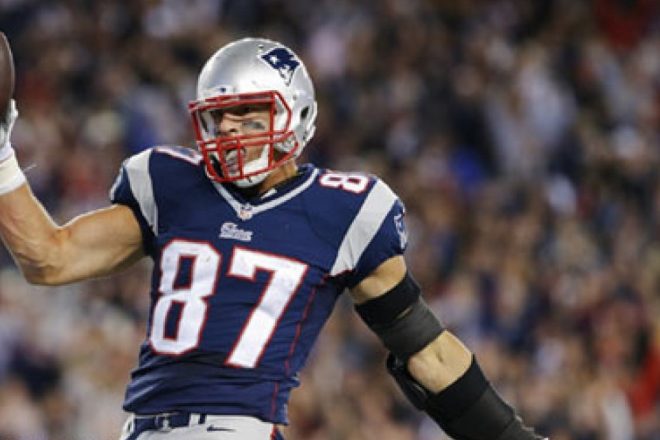 It’s Friday, and here’s a quick rundown of this morning’s Patriots news:

Reed’s Son On the Patriots Bandwagon – Everyone knows the admiration and respect that Bill Belichick has for former defensive back Ed Reed, despite the vicious rivalry that existed between the Patriots and Reed’s former team, the Baltimore Ravens, during his NFL playing days.

For Reed, it was just business and the respect was mutual between he and Belichick.  But in a league where winning is everything, what the Patriots have been able to do is something that people envy.  That type of sustained success and four championships is something that is rare in the salary cap era of the NFL, and Reed finished his career having won just one championship.

People who follow football also tend to gravitate towards winners, and that type of attribute apparently runs in Reed’s family, even to the point where they root for a team who was a rival for Reed both during his playing days, and even now as a member of the Buffalo Bills coaching staff.

What team does Reed’s son root for?  That would be the Patriots, which doesn’t surprise the former defensive back at all.

“His mom is from Boston, though she’s not a Patriots fan,” Reed said via ESPN. “His grandmother lives up there, and the kid likes champions, man. What can I say? I grew up in New Orleans, I loved my home [town] team, but I was a San Francisco [49ers] fan. I was a Joe [Montana] fan. So that’s just how it is.

“When you’re a kid and you’re watching sports growing up, who’s winning those championships? You tend to gravitate toward winners. Which is a good thing. It helps you from a work ethic standpoint, who you’re watching. Who wants to follow losers? Just saying.”

So his son admires Bill Belichick and Tom Brady.  Sounds like a smart kid.

Brady Had Quite a Minicamp – Considering everything that the Patriots quarterback is dealing with, it’s pretty impressive when you stop and think about the razor sharp performance he put together during the team’s recent practices at Gillette Stadium.

As NESN’s Doug Kyed pointed out Thursday, following an interception by Rob Ninkovich to begin the first public session open to the media, Brady completed 80.1 percent of his total passes during team drills and 79.6 percent during the team’s 11-on-11s.

Granted they weren’t full-contact practices, but execution is still execution and as he heads into his 39th birthday this August, the veteran doesn’t appear to be slowing down at all.

In fact, he looks as focused as ever heading into 2016, which given the fact they came up just short in January should have him even more motivated.  For now the distraction of what the NFL is trying to do to him is still a problem that could affect whether he’s on the field to start the year, but according to Rob Gronkowski, he’s seen enough where it doesn’t look like any of it is affecting his quarterback.

“He looks pretty good,” said Gronkowski.  “No, he look’s great. He looks the same every day that I’ve been here. He’s always coming out with a competitive edge, his arm always looks strong. His football knowledge, you don’t have to talk about it, it’s second to none. He looks very sharp.”

Brady seems like he’s poised to put together another good year, and given some of the additional assets he has at his disposal this season (Martellus Bennett, Chris Hogan, etc.) he might even have an even better year than he did last season when he was working with a lot less after injuries took away Julian Edelman and he played much of the year with a makeshift offensive line.

After over a year of dealing with this nonsense, the return to football is probably an escape he needs and thanks to how he’s looked along with New England’s personnel additions, it looks like fans should be excited about the upcoming year. 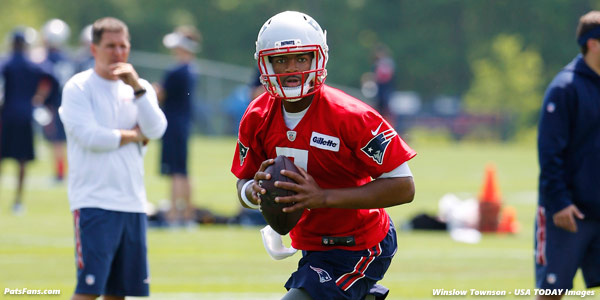 Brissett Under Contract – After quickly getting their other draft picks under contract, the one remaining hang-up stemmed from third round draft pick Jacoby Brissett, who had been their last and final loose end waiting to be tied.

On Thursday, the Patriots locked him up, with Ben Volin of the Boston Globe reporting that the team and the rookie quarterback signed a four-year deal, although the terms of the deal have yet to be disclosed.

Brissett was pulling double-duty, as both an NFL quarterback and agent, choosing to represent himself during the negotiations.  It obviously saved him money since he didn’t have to employ a separate agent, and we’ll likely very soon find out just how good of a deal he made for himself.  Depending on how good of a deal he made, it will be interesting to see if this ends up being a learning experience for future third-round players.

Gronk Coming to Nickelodeon in July – Rob Gronkowski is coming to a screen near you, with Angelique Fiske of Patriots.com pointing out that the veteran tight end is getting set to make his television debut very soon.

Gronkowski recorded 15 episodes of a new viral video clip show for Nickelodeon back in March called “Crashletes”, which features the tight end as the host.

The idea of the show?  He’ll be giving his commentary about some of the best sports fails caught on video.

He’s been doing a good job building his brand off the field and this will be his first foray into his own television show.  If it’s on Nickelodeon, it’s obviously going to be targeting kids and knowing his personality, it should be pretty entertaining.

Training Camp Practice Schedule and Ticket Sales Announced – The team announced their training camp practice schedule, signifying the fact that things are creeping yet a little closer to the start of football season.

The Patriots’ first public session will happen on July 28th, although the start time hasn’t yet been announced.

Other dates announced were the August 1st Patriots Hall of Fame Induction Ceremony, followed by an In-Stadium practice for Season Ticket Holders that evening.  The team also announced the dates of two sets of joint practices, with the team practicing against the New Orleans Saints from Aug 9-10, and then against the Chicago Bears from Aug 15-16.

As far as those looking for tickets for the upcoming season are concerned, individual tickets are set to go on sale on July 14th on Ticketmaster at 10:00am.