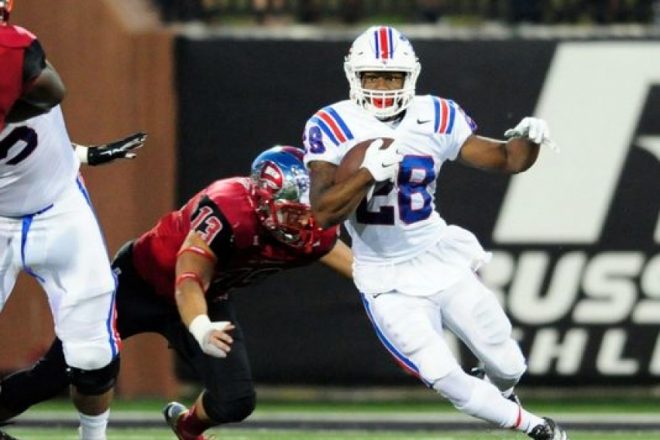 We’re on to Thursday, and here’s a quick rundown of this morning’s top stories on a relatively quiet day news-wise for the team.

Patriots Host Local BC Product – It’s always fun to see a local product get a shot at playing in New England, and it looks like the Patriots hosted one on Wednesday.

According to WEEI’s Ryan Hannable, Boston College safety Justin Simmons was in Foxboro yesterday for a pre-daft visit.  Simmons is expected to be a day three selection and is a former cornerback who moved over to the position.  Most scouting reports have him as being a guy who is a good coverage player, although he’s not known as a heavy-hitter.  However, he’s a play-maker having forced 10 turnovers with five interceptions, two forced fumbles, and three fumble recoveries in 2015.

He also played special teams on both the punt and kickoff coverage units, giving the Patriots the potential versatility that is always a welcome addition to the roster.

Another RB Visits – According to the NFL’s Ian Rapoport, the Patriots recently had a visit with Louisiana Tech running back Kenneth Dixon.

Dixon played in 47 games during his collegiate career, going over 1,000 yards rushing in three of his four seasons while racking up 4,480 yards rushing on 801 attempts as well as an incredible 72 touchdowns.

He also was a threat catching the football out of the backfield, catching 88 passes for 972 yards and 15 touchdowns during his career.

If you’re a fan of what we’ve seen from Dion Lewis, one thing to keep in mind with Dixon is, according to Pro Football Focus, he ranked No. 3 among FBS back in “elusive rating”, forcing a missed tackle on 27.4 percent of his attempts. That kind of quickness is certainly intriguing, which obviously explains the Patriots’ interest.

Steve Balestrieri recently reviewed Dixon in this entry if you’re interested in learning more about him. 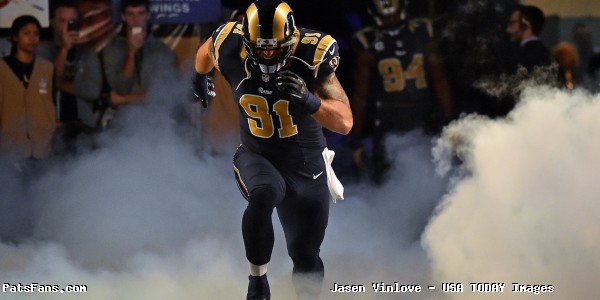 
Uniform Numbers Handed Out – We touched on it briefly yesterday regarding Chris Long’s discussion with Chandler Jones about wearing #95 since his #91 is taken by linebacker Jamie Collins, but the full list of numbers was posted by NESN’s Doug Kyed and here’s the latest update for those of you keeping an eye out for who to look for at training camp.


Brady’s Mom Says He’s Just as Fast as Cam Newton – Moms always love to exaggerate our ability and make us out to be better than we think we are.  It can’t be helped, but that kind of motivation is generally just what we need in our tough moments where we’re questioning our own ability or dealing with any self-doubt.  If it permeates even a little and helps our confidence, that’s all it usually takes to get us back on track.

Patriots quarterback Tom Brady is just like the rest of us, and his mom is just as passionate as the rest of us in trying to make us feel better, or in the case of Brady, faster, than we think we are.

Brady spoke at the DICK’S Sporting Goods Foundation Film Premiere and Panel Discussion, pointing out that he’s the fourth best athlete in his family behind his sisters, and he’s got a mom who believes he can do anything, even run faster and quicker than Cam Newton and Russell Wilson.

“My mom was always the one (to say), ‘You can do it. You can do it sweetheart.’ She still says that!” said Brady via SportingNews.com. “Guys like Cam Newton, Russell Wilson … they make all these great plays with their feet and (she’d say), ‘Well you’re just as fast as they are!’

It’s not her fault.  She’s just being a mom and she’s clearly never seen Brady run.