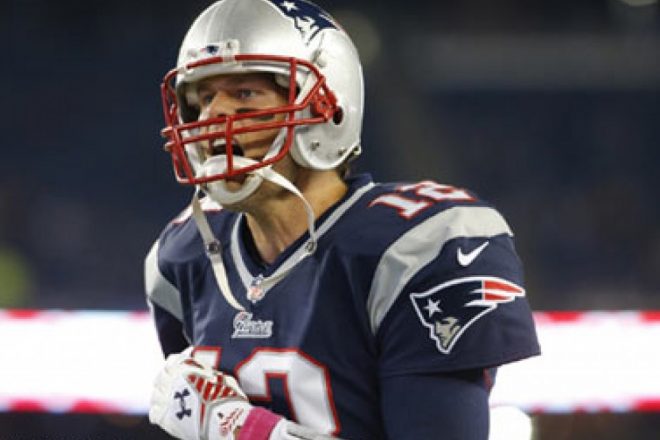 It’s a new week but there’s finally a little bit of a reason to get excited about this football team this morning. Grab your coffee and have a seat, and here’s this morning’s rundown.

The road to the 2016 season begins today – While mandatory workouts haven’t started just yet for players, today marks the beginning for those players who want to gather voluntarily at Gillette Stadium to start their preparations for the 2016 season.

Key players, most notably Tom Brady, will likely be on hand today as Brady made it clear after coming up short in Denver back in January that he and his team had a great shot and he felt they “blew it”.  Now, with a clean slate, he probably knows it’s the little things that can potentially make the biggest difference and workouts like these are obviously the building blocks in what is always a long road during the regular season.

That’s one of the things that will make this week interesting.  Who is present and who isn’t is always one of the biggest questions, and Brady is a player that didn’t miss a workout last year and lead the way as the first person present, which will likely continue this season as well.

New England’s loss to the Broncos was frustrating, especially given the problems Denver caused with Carolina.  Given how well the Patriots defense had played during the postseason after giving up 20-points to both the Chiefs and Broncos, there’s a possibility that had they had a shot to play in San Francisco in February, they could have had a real good chance at beating the Panthers.  But missing that opportunity is something that’s probably still bothering Brady the most, and the quarterback kicked off his preparation just one week removed from the loss and he’s probably looking forward to being able to start a normal routine with his teammates at the stadium.

This first couple of weeks is more or less an opportunity for players to begin working together on their strength and conditioning, as no actual football activity is permitted, nor are coaches or positional coaches allowed on the field with players.  That will come later when the team reconvenes at the end of May to begin organized team activities that will run through June, before they break for one final time prior to the start of training camp at the end of July.

Brady’s status for this season is obviously a little shaky as his battle against the league suspending him continues. But either way, he’s moving forward as if he’ll be out there and admitted last year in an interview with Men’s Fitness that even though things have changed a lot with his workouts over the years, as he’s gotten older he’s evolved while trying to stick to the same routine to make sure he stays in good shape year round.

“As you get older, [the game] becomes a little more challenging. So in the offseason, I do, I try to do a lot of the things I do in the season,” Brady told the publication.  “I always believe that if you want to be good at what your job is—my job is being a quarterback—that’s what you have to do. I don’t think that being a quarterback means that you go in and see how much weight you can lift all the time. I would say that was very different when I was younger. Because when I was younger, I would go in there and I would squat, I would bench, and then I would be sore all the time. So much of what I do now is maintaining my strength, maintaining my conditioning, but also keeping my muscles I would say soft and pliable. When you’re 38, you gotta think a little smarter than you did when you were younger. It’s been evolutionary, and it’s been a lot of fun to commit in the offseason to the same things I’m doing in the season, in order to maintain a high level of play.”

And he’ll likely be back at Gillette Stadium before everyone else as he continues getting back at it today.

Cross off any Urban Meyer recommendations – Mike Reiss took a look back at the connection Bill Belichick has had with Ohio State coach and former Florida coach Urban Meyer and notes that he should likely re-think the recommendations when it comes to Meyer’s players, because it unfortunately hasn’t worked out too well for him.

There’s obviously plenty of validity to that, especially when you look at the players who they’ve taken in recent years from that program, and particularly in the early rounds. Last week’s release of 2014 first-round pick Dominique Easley caps off a bad run from Meyer’s regime after the Patriots struck out on receiver Chad Jackson (second round, 36th, 2006), defensive end Jermaine Cunningham (second round, 53rd, 2010), linebacker Brandon Spikes (second round, 62nd, 2010) and tight end Aaron Hernandez (fourth round, 113th, 2010), all players from Meyer’s team at the University of Florida.

Florida is currently rebuilding their program under new coach Jim McElwain, who was a standout at Colorado State and has had success with players he’s coached who have gone on to the NFL level.  He’s also focused heavily on character players and in just one year has already made a big difference in changing the tone of that program. That may be the only reason the Patriots end up selecting future players out of Florida because at this point, they’ve struck out in a tough way with the group associated with Meyer’s program.

Considering that the draft is the lifeblood of every football team, it’s a trend that can’t continue and you’d have to think Belichick will have some doubts moving forward after the way his previous selections worked out. 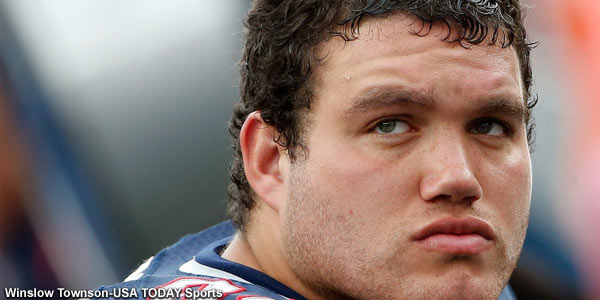 Another Jones Out – Friday saw Chris Jones waived, which Reiss also noted may be the start of a transition away from a traditonal 4-3 and from 3-technique tackles while moving toward bringing in bigger players.

Following the addition of Markus Kuhn (303-pounds), Terrance Knighton (354 pounds), and Frank Kearse (310-pounds), the Patriots now have five players across their defensive front above 300 pounds (Alan Branch is listed at 350 pounds and Malcom Brown is listed at 320-pounds).  Joe Vellano is currently listed at 300, so he could potentially make six.

Jones was listed at 309-pounds prior to his release and the release of Ishmaa’ily Kitchen saw them lose a player who was 330-pounds.  Jones could be a candidate to return at a reduced salary, but the trend overall seems to be keeping big guys inside.  As a result, it will be interesting to see who they select next week during the draft along with any future additions, and whether or not that trend continues.

Blount a Big Mavericks Fan – Patriots running back LeGarrette Blount spoke with the Ben & Skin show on KRLD-FM 105.3 The Fan in Dallas recently and it looks like he’s quite the fan of Mark Cuban’s club.

Blount told the radio station he loves the Mavs, but primarily because he’s a big Dirk Nowitzki fan.

“My pops grew up a Chicago Bulls fan, obviously he’s a Jordan fan,” Blount said via the Dallas News.  “Don’t get me wrong, he’s the greatest to ever play, all due respect. But Dirk was always my favorite player. Always.”

Compensatory Picks Definitely Have Value – The Patriots find themselves with a host of compensatory picks this year, including three in the sixth round and it’s always interesting to see how those pan out given how one particular sixth rounder turned out.

Patriots head coach Bill Belichick turned 64 on Sunday, which just so happened to be the 16th anniversary of Brady’s selection in the sixth round of the 2000 draft.  Heading into next week’s draft the Patriots have four total compensatory picks, which includes one in the 3rd round (96th overall) and three in the sixth (208th, 214th, 221st).

Going back to 1999 the Patriots lost offensive lineman Dave Wohlabaugh, linebacker Todd Collins, defensive tackle Mark Wheeler and punter Tom Tupa to free agency, awarding them selections 127, 199, 201 and 239.  As a result they selected tackle Greg Robinson-Randall, Brady, defensive tackle David Nugent and running back Patrick Pass respectively.  Three of those players played and started in the Super Bowl a year later, with just Nugent as the lone player not active when the team won their first title.

Needless to say it could be a fun story line to watch this season, as you obviously never know how those types of selections will turn out. However, in that draft, you would certainly have to consider that one a huge success. Hopefully it works out just as well for the Patriots this year as well.