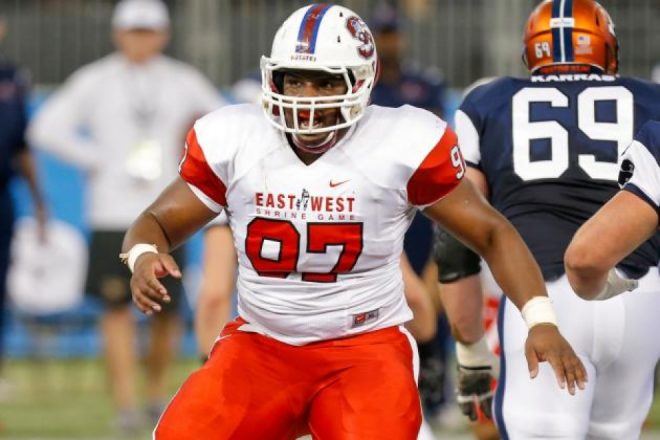 The Patriots have a need at defensive tackle following the release of Dominique Easley this week.  More specifically the team again has a need for an interior defensive lineman that is good against the run but can penetrate into the backfield as well as pressure the quarterback and collapse the pocket.

The team brought in a trio of big-bodied run stuffers in Frank Kearse, Terrance Knighton and Markus Kuhn which will help the run defense that suffered the loss of both Akiem Hicks and Sealver Siliga during the off-season. Now the team must try to replace the interior pocket push of Easley and Hicks.

The team used a nice rotation last year of rookie Malcom Brown, Alan Branch, Hicks and Easley during 2015. With Chris Jones being released on Friday along with Ishmaa’ily Kitchen, don’t rule out his returning this season, he’s provided a bit of pocket push at times and Brown in his second season will be looked to, to add some production there as well. Jones’ contract will probably get re-done at a more team friendly cap hit. On the roster right now the team has DTs Malcom Brown, Alan Branch, Terrance Knighton, Markus Kuhn, Frank Kearse and Joe Vellano.

The Patriots will look to the draft to find some depth for a big man that can push the pocket, penetrate inside and provide run support as well.

Javon Hargrave from South Carolina State is a player who immediately comes to mind. One of the more under the radar defensive tackle prospects, he played against lesser opponents at the FCS level but there is no arguing with his domination and production.

In his final two seasons at SCS, in 23 games the 6’2, 310-pound Hargrave racked up an incredible 45.5 tackles for loss (TFL), 29.5 sacks, 19 QB hits, and five forced fumbles. He was the MEAC Defensive Player of the year two seasons in a row and was a two-time FCS All-American.

In his senior season despite having every team on their schedule, game-plan specifically for him, he produced some outstanding numbers and earned an invitation to the East-West Shrine Game. There, against solid, top competition, he played very well and looks quite at home facing NFL-level talent. 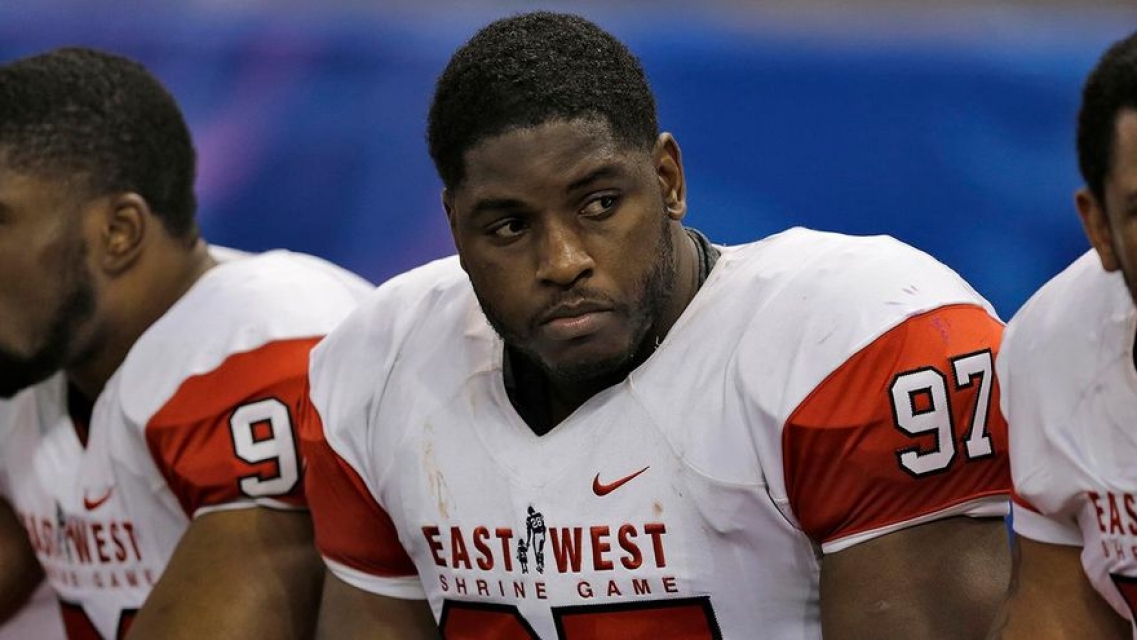 – Excellent short area quickness, will blow thru gaps to make the play

– Powerful lower body can fill up gaps in the running game

– Competition at FCS level wasn’t near the NFL level

– Stopped moving his feet at times when pushing the pocket

What his Role Will Be:
His role is part of the rotation inside for the Patriots defensive line. He’d project initially as a sub-package pass rusher; he’s a guy who can shed blockers quickly and get after the quarterback.

Yes, with some experience and some added strength

Hargrave could fit in very well in the New England system. Big men who can play inside, stuff the run and push the pocket are always sought after in the NFL; regardless of where they played in college.

He moves very well for a 310-pound defensive lineman and has the ability to easily change direction due to very good flexibility in his lower body. That translates to short-area quickness where he can beat interior blockers and disrupt the running game and the timing of the passing game.

With a stout, strong lower body, he has the ability to anchor and stop the running game in its tracks. Hargrave has the first step explosion to get off the line quickly and get after the quarterback with excellent snap anticipation.

He is a disruptive, deceptively good athlete and his 10-yard split and 3-Cone Drill time was good for a big man, and with a non-stop motor, Hargrave could be a potential steal for the Patriots.

He projects in the Patriots system to be a solid Backup on Day 1, with the potential to be a starter in the future. He should fit in very well into the defensive line rotation.

Hargrave has been thought to be available on Day 3 of the draft. If he’s available in the later rounds he could be a very nice addition to the defense