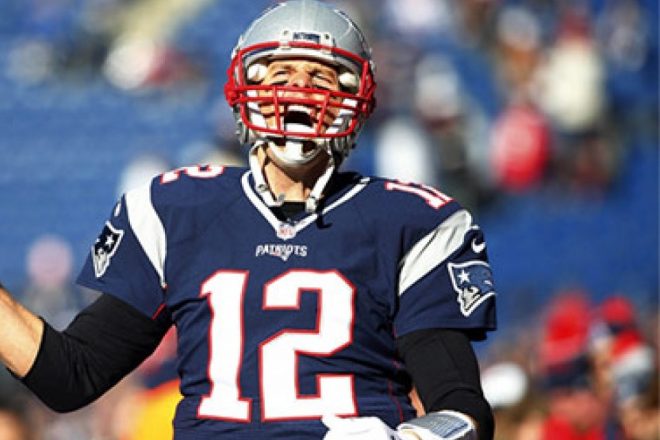 The week is finally over, but we now know how the season will begin so let’s kickoff the final rundown of the week:

Patriots Schedule Announced – The Schedule was announced on Thursday night, and the Patriots will open 2016 on the road in a Sunday night match-up against the Arizona Cardinals when they kickoff the regular season on September 11th.

It will be a tough year, as New England is up against some good competition this season.  Six of their opponents were in the playoffs last year, and visits by Seattle, the Ravens, and the now Brock Osweiler-led Texans could certainly set up some exciting games for the home crowd.

But after Thursday night the road is set and for now, we’re on to Arizona.

RB Gaffney Returns – The Patriots recently released running back Tyler Gaffney but it appears New England may have changed their minds after re-signing him on Thursday.

Gaffney was released three days ago by the club and his return adds to a group that after bringing back LeGarrette Blount now has Dion Lewis, James White, Brandon Bolden, Donald Brown and Joey Iosefa joining Gaffney in the battle for a roster spot.

His return gives the former standout from Stanford a chance for the Patriots to hopefully cash in on the gamble they took when they swiped him away from the Carolina Panthers after claiming him off waivers when Gaffney was waived by Carolina when they tried to stash him on injured reserve back in 2014.

2016 Hall of Fame Finalists Announced – Some pretty good names are in the running to get their names into the Patriots Hall of Fame, with two recent players in the mix for as this year’s potential honoree.

Former Patriots Raymond Clayborn, Kevin Faulk and Mike Vrabel are among those in the running, with the team giving fans an opportunity to vote for the player they’d most like to see get in.

Clayborn was an impact player for New England during his 13 seasons, playing opposite CB Mike Haynes and creating one of the most dangerous cornerback tandems this team and the league had ever seen during the early part of his career.  He was originally drafted 16th overall and played from 1977-1989, and has a franchise-record 36 interceptions for his career.

As for Faulk, he was the lone holdover from the Pete Carroll era after being drafted 46th overall in 1999, and under Bill Belichick became one of the most productive players ever for the Patriots.  The former standout out of Louisiana State retired as the franchise all-time leader in all-purpose yards (12,349), combined punt and kickoff return yards (5,041) and kickoff return yards (4,098).

When Faulk retired, he had fond words for Belichick, expressing the appreciation he his coach.

“One of a kind coach,” Faulk said of Belichick. “I’ve had a lot of football coaches in my career, and every last one of them I’ve tried to get the best feel for them so I can understand and put forth the best effort I have as an athlete to get the job for my coaches. For a very, very long time it was hard for me to figure out who you were and how you worked. But I knew one thing: if I did my job, I was all right.”

Belichick said of Faulk, “Whatever the role … the more critical the play, the better he played and the more you could count on him.”

Vrabel will go down as one of the more significant additions to the team in 2001, just three years removed from forcing a fumble of Drew Bledsoe as a member of the Steelers that played a key part in helping Pittsburgh advance in the Wild Card round during Carroll’s first year as head coach.  That loss seemingly began to turn things in the wrong direction for Carroll, who would ultimately be fired after the 1999 season and opened the door for Belichick, who would go on to win championships in 2001, 2003 and 2004.

The veteran linebacker had a terrific career during the eight years he was here, playing in 125 games while accomplishing the impressive feat of catching 10 passes over that span, all of which were touchdowns.