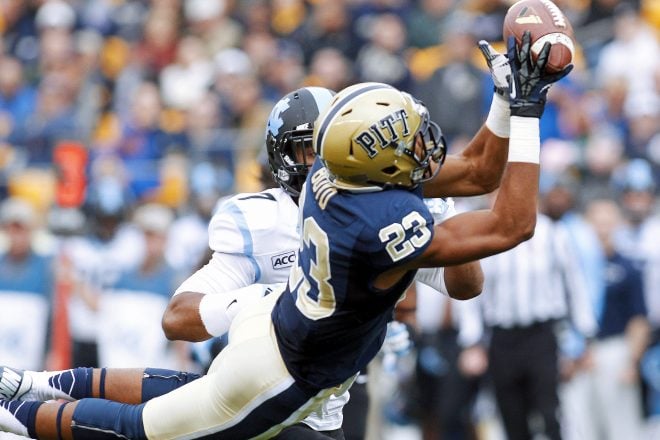 Boyd a Talented Playmaker, a Perfect Fit for NE’s Offense

With free agency slowing down and the 2016 NFL Draft quickly approaching the Patriots can still use some depth at the wide receiver position. They suffered a rash of injuries in 2015 and too many were Tom Brady’s targets in the passing game. Brandon Gibson and Brian Tyms went down early in training camp. Then Aaron Dobson went on IR, and Julian Edelman missed two months with a broken foot.  Danny Amendola trudged on like a good soldier, but the team was forced to rely on Keshawn Martin and rookie Chris Harper to provide too many snaps for the offense. Tight ends Rob Gronkowski and Scott Chandler were also banged up during the season.

With Tyms and Gibson both gone this spring, the team brought in WR Chris Hogan from the Buffalo Bills and Nate Washington from the Texans. With a healthy Edelman and Amendola and an additional year in the system for Martin and Harper, things are looking up. No one knows what to expect from Dobson at this point of his career. So the Patriots could still use another wide receiver to round out the depth in 2016.

The team could use a bigger, faster wide receiver who can stretch the field both vertically and horizontally, which is more in line with the Patriots system. We wrote about Keyarris Garrett earlier in the draft, and now we have another good fit.

Tyler Boyd from Pitt is a very productive, ultra-competitive wide receiver who broke all the Pitt receiving records despite having some very uneven QB play while playing for the Panthers. He finished his final college season with 91 catches for 926 yards and six scores with career numbers of 254 catches for 3361 yards (both school records) and 21 touchdowns.

He runs very crisp routes, sinking into his cuts and changing direction at top speed. Times his leaps perfectly and snatches the ball out of the air with outstanding hands. He consistently is able the stretch the field horizontally and gets separation quickly when running crossing routes.

Boyd is very physical and tough after the catch and can make people miss with added yards after the catch (YAC). He’s a very smart play and will win the majority of jump ball situations. 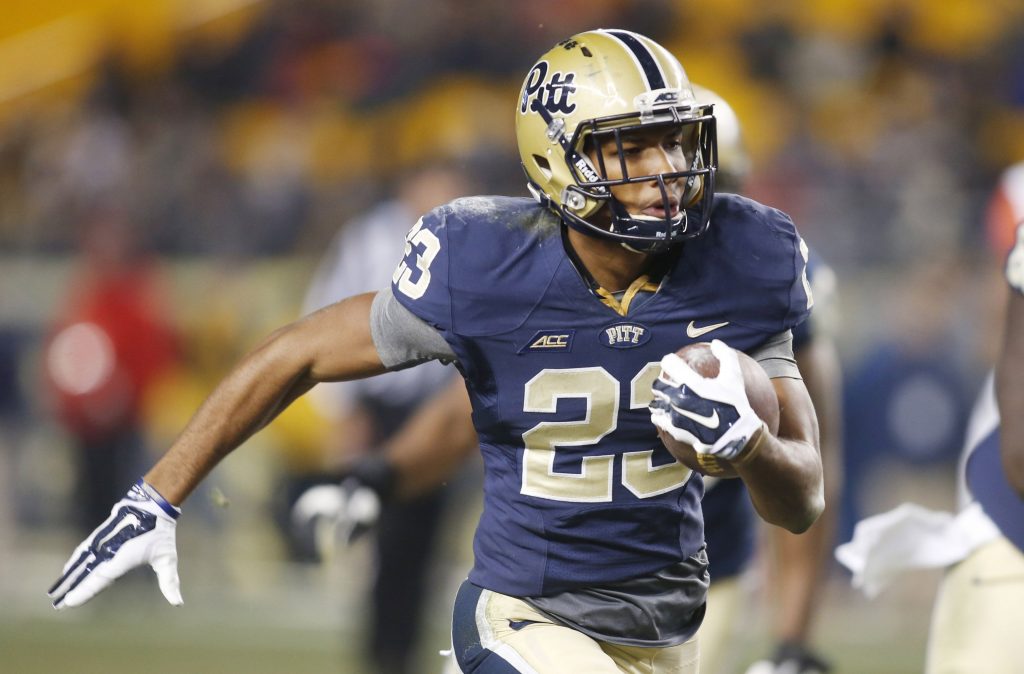 – Elusive in space, can make people miss and get all-important YAC

– Versatile, has experience as a kick and punt returner

– Ball security while on special teams was an issue

What his Role Will Be:
His role will be competing for one of the outside the numbers wide receiver spots on the team and being an immediate impact player.

Yes, with a year in the system he will be looked to, to be the primary “X”- receiver on the team.

His roster slot will be in direct competition with guys like Dobson, Martin and Washington.

Very good, could be used as a return man in either punts or kickoffs

Boyd is a player that would immediately mesh with the Patriots offense. His ability to run crisp routes, get immediate separation and stretch the field horizontally will make him a quick favorite of both QB Tom Brady and Offensive Coordinator Josh McDaniels.

He isn’t a burner in the classic sense but the things he does well fits in perfectly what the Patriots like to do. With the big tight ends and Julian Edelman working underneath, Boyd would fit in perfectly in the intermediate range to keep the chains moving. Occasionally when the defense bites on a double move he can stretch the field vertically as well, much like Edelman does now.

He has good size at 6’1, 197-pounds and adds the versatility of being able to fill in in the punt and kick return units where his excellent vision will serve him well.

He projects in the Patriots system to be a Starter. He should fit in very well into the NE offense. He’s slotted to go between Rounds 1-2 in the upcoming NFL Draft. The Patriots will probably have to move up to select him early in Round 2.

Boyd’s highlight film can be found here, courtesy of ST11:

By: Ian Logue
Some good news on Wednesday as rookie wide receiver Tyquan Thornton was out at practice, which hopefully marks the start of his return toward getting…
9 hours ago

By: Russ Goldman
In this episode, we look back at the Patriots loss to the Packers, and then we look ahead to the Lions game.
12 hours ago

By: Ian Logue
The New England Patriots are continuing to get ready for the Detroit Lions this weekend, with Bill Belichick's team trying to avoid their third straight…
15 hours ago