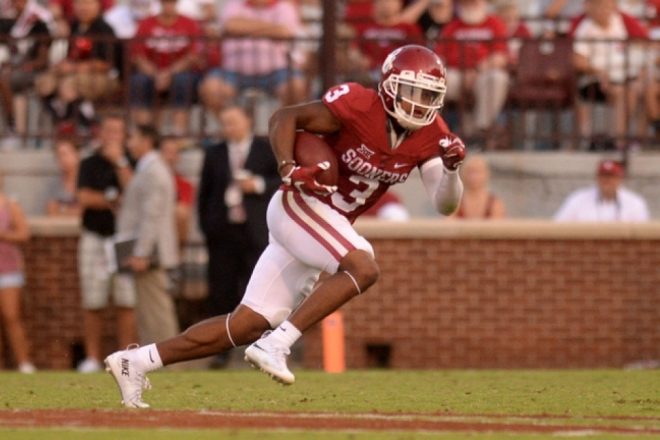 Shepard Has Been Widely Mocked as a Great Fit for NE

Sterling Shepard from Oklahoma is a wide receiver that would fit in well with the Patriots system. He is a slightly undersized one that can work the underside of a defense and make them pay in the short to intermediate passing game.

A Legacy player for the Sooners both his late father and his uncles suited up for Oklahoma before he did. So there was never a doubt that eventually he’d end up at Norman as well.

Had a fantastic 2015 being named to the USA Today second-team All-American Team with 86 catches, 1288 yards receiving and 11 touchdowns. The 5’10, 194 pound Shepard has sticky hands, great quickness off the line of scrimmage and is tough as nails despite his size, not afraid to do the dirty work over the middle of the field.

Quicker than fast, he ran a 4.48 in the 40 Yard Dash at the NFL Combine but showed great strength doing 20 reps on the Bench Press and a very impressive 41-inch vertical leap showing tremendous leaping ability and explosion. 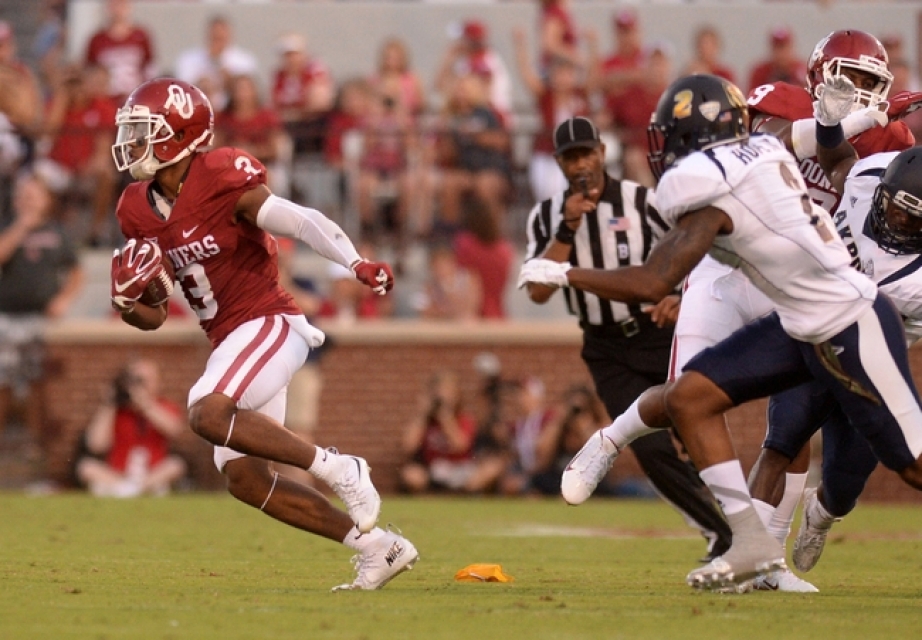 – Excellent route quickness, very fast out of his breaks

– Adjusts well to the ball in the air, outstanding leaping ability

– Size is an issue, can he hold physically up in the NFL

– Physical press cornerbacks have given him problems at the line

What his Role Will Be:
His role will be competing for one of the wide receiver spots on the team and being an immediate impact player.

Will his Role Change from Year 1-2?
Yes, with a year in the system he will be looked to, to be the primary slot receiver on the team.

What Current Player on the Roster Will He Replace?
His roster slot will be in direct competition with guys like Amendola, Harper and Martin.

What is his ST Value?
Fair, could be used as a return man

Conclusion:
Shepard is another guy who is an undersized, quicker than fast wide receiver that could have a tremendous impact with the Patriots. Many draftniks have pointed to his fit with the Patriots system. And he would be an easy fit. Tom Brady would like him immediately with his quickness in and out of his breaks and the ability to catch the football across the middle.

He can occasionally hit the homerun with his double move to fool a cornerback. But he doesn’t have elite speed to go deep consistently. He’s very smooth and is a proven guy that will move the chains as well as a willing blocker in the running game or downfield.

But the bigger question is, do the Patriots need another slot guy? With three players (Edelman, Amendola and Hogan), that can already play in the slot, would drafting a player, albeit as talented as Shepard be a redundancy for the offense?