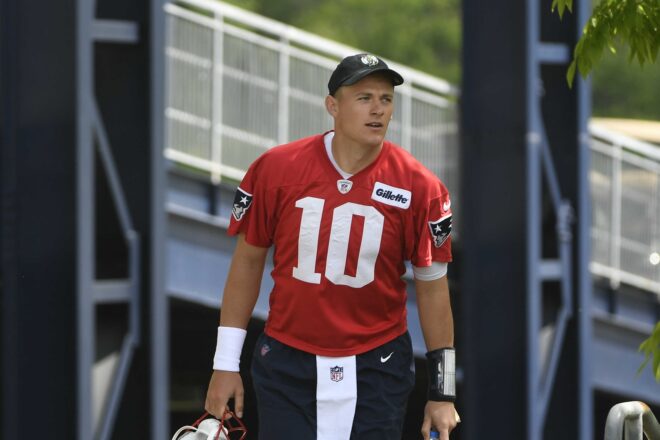 What a difference one year makes.

At this time last year, New England Patriots rookie quarterback Mac Jones was the one in the spotlight as the team held its first open media sessions.  On Monday, he was the one leading the charge as the focus shifted toward a new group of players, although people were still curious about his growth this offseason.

Jones, who was all smiles in front of the cameras but all business on the field on Monday, looked pretty different from the last time people saw him.  He looked leaner and a little bigger, which was obviously a stark difference from where he was at this time a year ago.

He said on Monday that he was feeling great.  Despite reports of an AC joint sprain last season, Jones seems to have avoided any potential setbacks and was excited to be back at work.

“My body feels good,” said Jones. “There’s nothing lingering or any bad injuries or anything so, I’m blessed with that and, like you said, everything stays the same. I feel a lot better, just trying to work and be the best quarterback I can be right now.”

Looking back, it’s been a busy year.  Jones didn’t have much time to jump off the football wheel very long at all in 2021.  It spun from the time he started his 2020 season in Alabama to the time it finished with a National Championship.  It kept going during Pro Days and workouts, continuing on through the day he was drafted.  It kept spinning as he immediately came to Foxboro to begin his NFL life.

Obviously, things certainly didn’t stop for him there.  Jones wasted little time, diving head-first into the Patriots’ playbook.  He spent each moment immersing himself in what’s been known to be a complex offense.

His approach clearly impressed the coaching staff, who definitely took notice.  They saw something in him during minicamps and OTAs, which quietly set up one of the more memorable training camps in recent memory.

But if Jones had any idea of what was coming, he didn’t show it.  As the club broke for the final time from OTAs in 2021 before training camp, for Jones, it apparently wasn’t at all a vacation.  It ended up simply allowing him more time to further prepare for what ended up being a looming battle with Cam Newton for the starting quarterback role.

As soon as the team reconvened just over a month later, Jones again went all in.  He worked hard day in, and day out, and it was his consistency that made the coaches take notice.

We saw it slowly unfold.  Every day, things got a little tougher.  Each day, the coaching staff kept throwing more at him, testing him and pushing him.

But it didn’t matter, because Jones kept handling every bit of it.

By the time it was over, the rookie passed each and every mental test they threw his way.  Many had wondered if Newton might start the year and that we’d potentially see Jones at some point, but all of that was put to bed before it ever really got started. 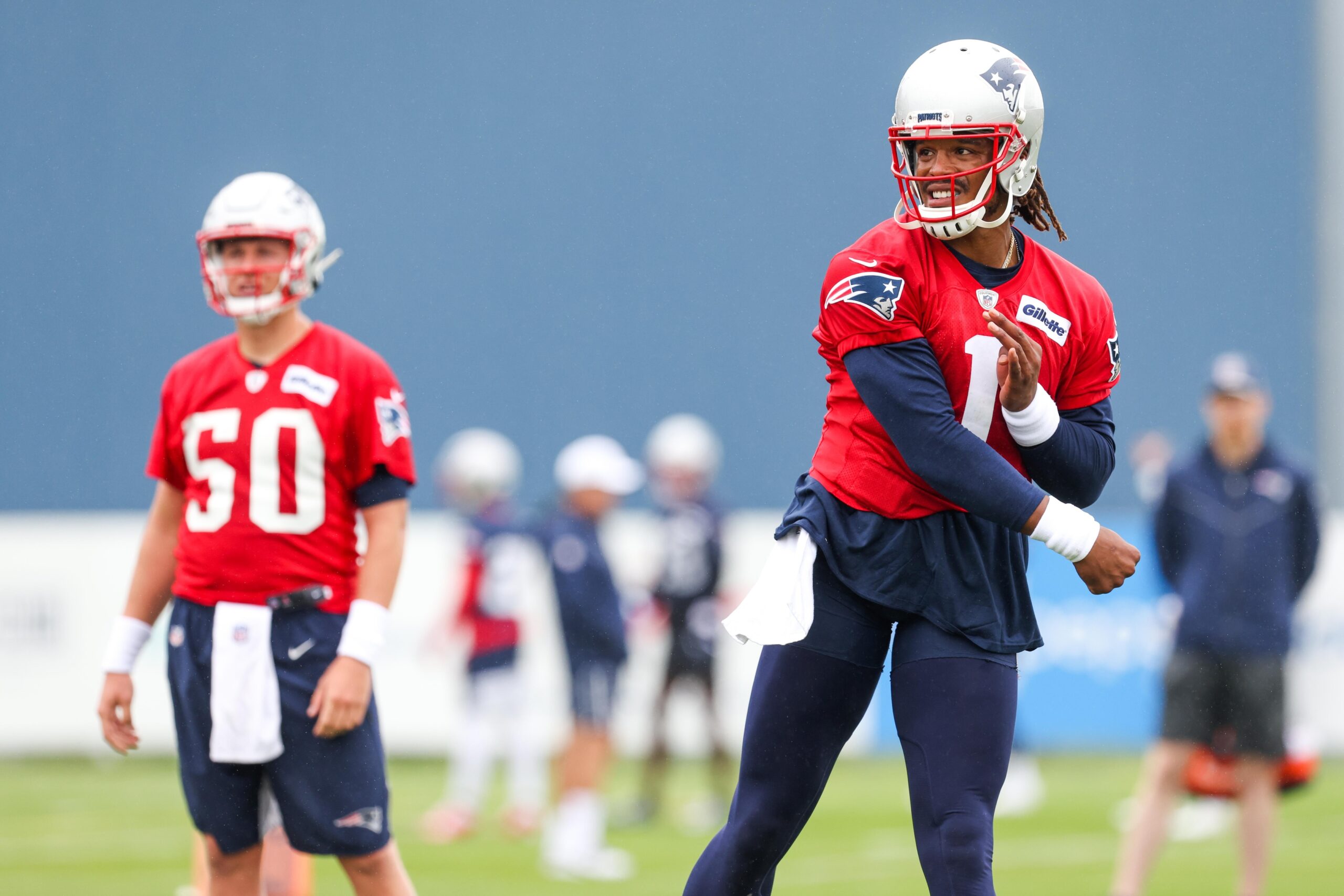 Things were much different for Jones a year ago. (Paul Rutherford-USA TODAY Sports)

Instead, the coaching staff entrusted Jones with the job they felt he earned, which saw them part ways with Newton and they named Jones the starter.

All that work had paid off, and it set the former Alabama standout up for what ended up being the best statistical season among his rookie peers.

After it all ended in January, it seems like Jones again treated this offseason essentially the same way he treated his last break.  When the wheel stopped, he again regrouped and looked at what he needed to do to get better.

This time, the focus was on his body.  After taking some shots in 2021, as tough as he is, he said he thought about how he felt and it led to a change in his approach.  Some of it he said was based on nutrition, others, he said, were based on lifestyle changes.

“I think every year you want to do like a self-diagnosis of how you felt for the games, your body fat and all that stuff,” said Jones. “For me, it was just cleaning up my diet and I’ve learned more this offseason than I probably ever have about nutrition, sleep, wellness, all that stuff.”

“I’m kind of taking what I’ve learned that I feel will help me, and apply it, and obviously listening to Ted [Harper – the team nutritionist] and everybody, just following their plan, eating healthy, taking out a lot of the things that are bad for my diet.  But, at the same time, I need to maintain my weight and be able to take hits, so there’s a fine balance for every player.  Every player’s different and for me I’ve definitely trimmed down on the body fat a little bit and I’ll get a chance to bulk back up before the season starts and be able to absorb the hits.”

One other interesting area of note is the fact that Jones also took time this offseason to work on being more effective in throwing in various types of conditions, which is something that is probably music to Belichick’s ears.

Anyone who has followed this team for a long time knows how much Belichick values making sure his players are prepared for the elements.  He gets players outside in inclement weather, douses footballs in ice-cold water, all of it for the sake of focusing on making sure that when less than ideal playing conditions come into play, his guys can handle it.

That’s why when Jones talked about the fact he was outside in various bad weather conditions this past offseason working on improving his accuracy in them, it was definitely yet another reason to believe he’ll continue his success in his sophomore season.

“I worked on throwing the ball. I think deep, short, intermediate, doesn’t really matter.  There’s ways to improve,” said Jones. “Looking back in college and things like that, things I did well or whatever but it all comes back to just fine-tuning each throw, whether it’s short, intermediate, or long, you want to be able to do all of them all the time.”

“I tried to throw in the offseason in all conditions and increase my knowledge on that, and just go out there and get a feel for it and understand the wind, the rain, snow, whatever it may be. So I’m ready to go and it’s a learning experience – being the quarterback here, you have to be able to play in those elements, you have to be able to complete passes in those elements. So, I challenge myself with that and everyday there’s a new challenge.”

Belichick spoke on Monday about the fact that the guys who work the hardest tend to get the best results.  It sounds like Jones has focused on everything, all the way down to the smallest details.  Needless to say, hopefully we’ll see him go out and pick up where he left off when he hits the field in the months ahead.