7 years ago at 9:00 am ET
Follow @IanLogue
Posted Under: Uncategorized 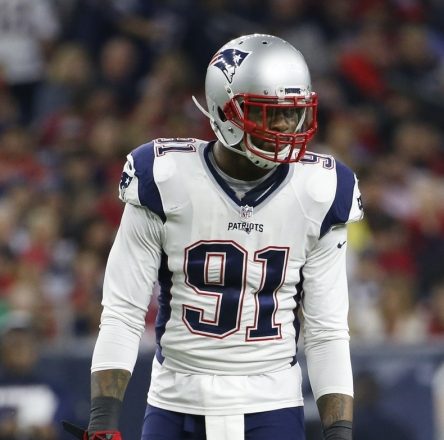 We’re at the midway point on this Wednesday as the weekend is beginning to appear within reach. This morning’s edition will be a little abbreviated due to a techinical issue, but here’s this morning’s rundown:

Patriots Getting Older – Mike Reiss of ESPN pointed out this morning that the Patriots are starting to add some age to their roster after the recent additions of defensive end Chris Long and Nate Washington. The signings of Long (31) and Washington (32) gave the Patriots nine players on their roster who are 30 years old and Julian Edelman will add to that total at 10 when he turns 30 later in May.

As Reiss points out, that ties New England with five other teams who have that many older players on their roster. Meanwhile, the Broncos and Seahawks have just three.


Jamie Collins has been a key addition to New England’s youth movement on defense.

It’s a good overall balance to a club that seemingly not that long ago was in need of infusing youth, particularly on the defensive side of the football over the remaining years of Tedy Bruschi and Rodney Harrison’s tenure with the team. Since then Bill Belichick and the Patriots front office have built a solid nucleus on defense and New England now has a talented young duo at linebacker in Jamie Collins (26) and Dont’a Hightower (26), and in the secondary with Malcolm Butler (26), Logan Ryan (25) and Devin McCourty (28).

And provided extensions get done with several of those players, they should hopefully be in good shape for a long, long time.

New England Gettin’ Biggie With It – The Patriots added a cornerback on Tuesday, with Ben Volin of the Boston Globe reporting that New England signed former Eagles cornerback E.J. Biggers.

The deal is reportedly for one year and he’s a player who has some experience playing at multiple positions and also has been a contributor on special teams.

Biggers finished with 39 tackles on defense for Philadelphia in 2015, and while he didn’t have an interception, he totaled 7 passes defensed, tied with three other players for second most on the team.

Gronk Taking Over Another Social Media Medium – You know it’s a big deal when you sign up for Instagram and it makes national news.

Patriots tight end Rob Gronkowski apparently registered an account on Instagram and it didn’t take long for him to gain a following. He hit 300k followers in a matter of seemingly minutes and as of this posting is closing in on 600k.

Gronk also made a little history for the company after he became one of the first people to take advantage of the new longer video format now permitted by Instagram.

We’ll close today’s edition out with a look at the video below:

READ NEXT:
Thursday Daily Patriots Rundown 3/31: Are the Patriots About to Add Another Big Free Agent?
Posted Under: Uncategorized