4 years ago at 9:26 am ET
Follow @IanLogue
Posted Under: Daily Patriots Notebook 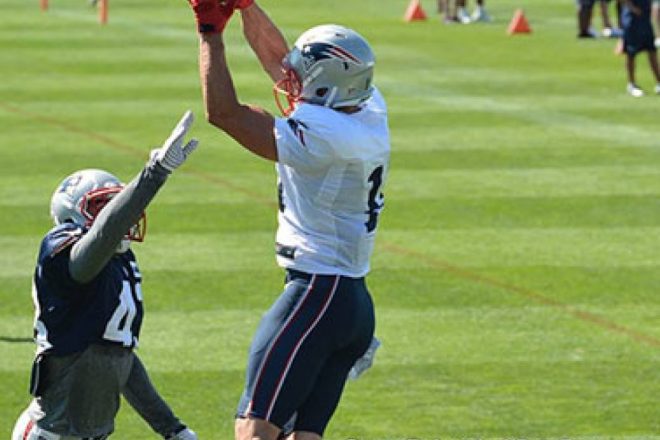 We’re almost a the end of the week, and her’es a look at this morning’s top stories.

Preseason Schedule Announced – The NFL announced the schedule for the 2018 preseason on Wednesday, and this year’s schedule will include three games against the NFC East, including a couple of teams that Patriots fans likely won’t be thrilled to see again.

The Patriots will start out the preseason at home against Washington in week one, followed by a battle against the Eagles at home at Gillette Stadium.  The latter match-up will be hyped as a Super Bowl rematch, but it’s safe to say that it will be anything but given the significant difference in the stakes compared to February’s game.

In Week three the Patriots will travel to Carolina to take on the Panthers, followed by a trip to MetLife Stadium to take on the Giants to close out the preseason.

Exact dates and times have still yet to be determined, but the estimated dates are as follows:

The one consistent match-up that Patriots continue to be saddled with is the final preseason game against the Giants, which is a team New England faces every year in the final week of the preseason.  New York is riding an 8 game winning streak in the preseason against the Patriots, with New England’s last win coming back in 2009 when they put up 38 points in a 38-27 home victory.

In that game, Brian Hoyer got the starting nod and finished the night completing 18-of-25 for 242 yards and a touchdown, but it was a 29 carry, 125 yard rushing performance by BenJarvus Green-Ellis that ended up being the difference as Green-Ellis scored 3 touchdowns that night, two of which came in the fourth quarter.  They also got points on defense thanks to then-defensive back Brandon McGowan, who picked off a pass and returned it for a touchdown.

As a result, fans can at least focus on rooting for the Patriots scrubs to be better than the Giants’ scrubs to hopefully put an end to that streak.  But if not, they can shrug it off and hope that everyone at least gets out healthy as they start all over again in their quest to get to Atlanta next February.

Patriots Showing The Most Interest in Jackson – The Patriots obviously need a quarterback heading into this year’s draft and it appears that they really like Louisville’s Lamar Jackson.

According to Mike Freeman of Bleacher Report, the Patriots have shown the most interest so far in Jackson, with New England among a crowded group vying for his services.

Tom Brady seems to be a fan of Jackson, recently replying to an instagram post and commented to Deion Sanders, calling Jackson “a beast”.

One thing that’s interesting is the fact the Patriots have been doing the most due diligence scouting the QB position that they’ve done in recent memory, with Mark Daniels of the Providence Journal pointing out that so far, the team has been connected to at least a dozen quarterbacks.  That’s the most they’ve scouted since they drafted Jimmy Garoppolo in 2014 after being connected to 14 different QBs during the scouting process.

To put that number in perspective, the Patriots were connected to 11 quarterbacks in the past two drafts combined. The last time they talked/watched/visited with this many QBs pre-draft was in 2014 when they were connected with 14.

Daniels also points out that in the last two drafts combined they were connected to just 11 quarterbacks.  Needless to say, the last time they did this much research they ended up drafting and developing a pretty good player in their system.  With Brady still with a couple of years seemingly left to play, hopefully, they’ll also achieve the same success this time around.

Rivers Remains On Track – After tearing his ACL during training camp last year, it sounds like Derek Rivers should be healthy enough to try and make the most out of what will be a delayed rookie season for the defensive end out of Youngstown State.

According to ESPN’s Mike Reiss, Rivers continues to progress in his recovery and that the team will make sure he’s “brought along cautiously” over the course of the team’s offseason workout program.

Rivers showed flashes early on but suffered the injury back on August 16 in a joint practice session against the Texans, with the initial MRI reportedly revealing the torn ACL and sprained LCL.  On the play, Phil Perry of NBC Sports Boston reported that Rivers’ knee buckled underneath him as he tried to change direction.   He subsequently ended up on injured reserve.

The second-year player was selected in the 3rd round of the draft by New England (83rd overall) last year and had a pretty good resume coming into the NFL.  He was a three time 1st Team All-Missouri Valley Football Conference performer, as well as a two time FCS All-American. Rivers finished his career #5 All-Time in FCS history in career sacks and is expected to hopefully play a role in improving New England’s pass rush. 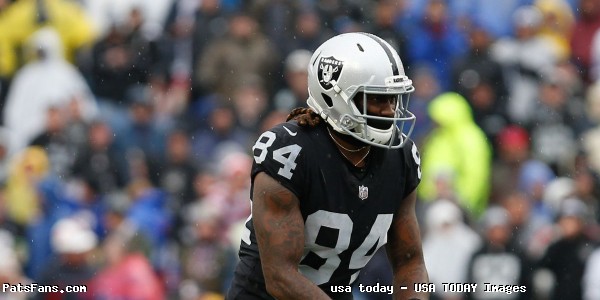 Belichick with serious words for Patterson – It’s not very often you get a vote of confidence as a new player from Bill Belichick, but newcomer Cordarrelle Patterson walked away from his discussion with Belichick feeling pretty confident following the news of the trade.

According to Patterson, Belichick set the bar high and believes he can bring out the best from the former Oakland Raiders receiver.

“He was just telling me I don’t know what you’ve been through in the past, but basically we get the job done here,” Patterson said via ProFootballTalk.com. “We’re gonna make you the player you should be.”

Patterson brings with him a unique amount of size and speed, with the receiver showing similar traits to Rob Gronkowski in that he’s a big player who can take a hit and is tough to bring down, which is certainly a surprising way to describe a wide receiver.  Patterson has made a name for himself in the return game but is expected to compete for a role on offense.

The veteran didn’t have much luck in Minnesota or Oakland becoming a consistent player but perhaps with Brady getting him the ball and being part of a precision offense like New England’s, Belichick believes Patterson could reach his potential in this system.

Either way, he clearly has big aspirations for him and it should make for an interesting training camp when we finally get to see him in action up close.