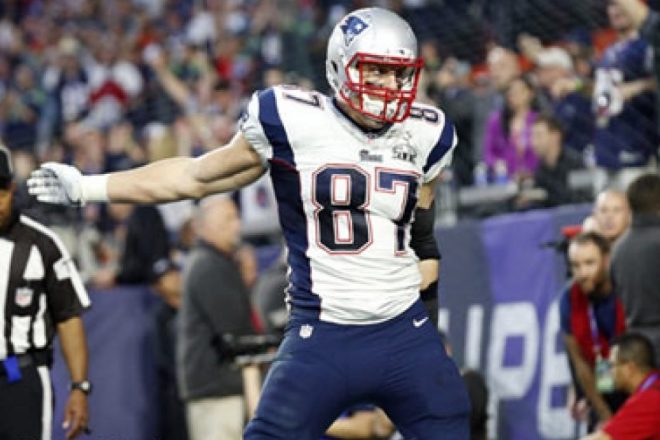 When you have the chance to keep one of the best tight ends to ever play the position on your team, you jump all over it.

And that’s exactly what the Patriots apparently seem to be doing with tight end Rob Gronkowski.

The NFL Network’s Ian Rapoport reported on Monday that New England will pick up Gronkowski’s $10 million contract option, keeping him in the fold through the 2019 season.  The Patriots very wisely extended him back in 2012, with the veteran signing a 6-year, $54 million extension.

Gronkowski’s certainly made it a wise investment and the past two seasons have been two terrific years for the veteran tight end.  He’s been lethal in the postseason in the last two years, finishing with 15 receptions for 227 yards and three touchdowns during this past season, and 16 catches for 204 yards and 3 touchdowns during their Championship run in the previous year.

He’s put up over 1000 receiving yards in each of the last two seasons, including 1176 yards and 11 touchdowns in 2015 and although they didn’t win it all, he still was proud of what they accomplished.

“Man, it was definitely a successful year,” Gronkowski told the NFL Network after the season ended. “We went to the AFC championship, but we had so many guys throughout the season go down with injury. Other players just stepping up, filling in the void right there.”

And one would have to believe that the rest of his teammates will be happy to know he won’t be going anywhere for a long, long time.