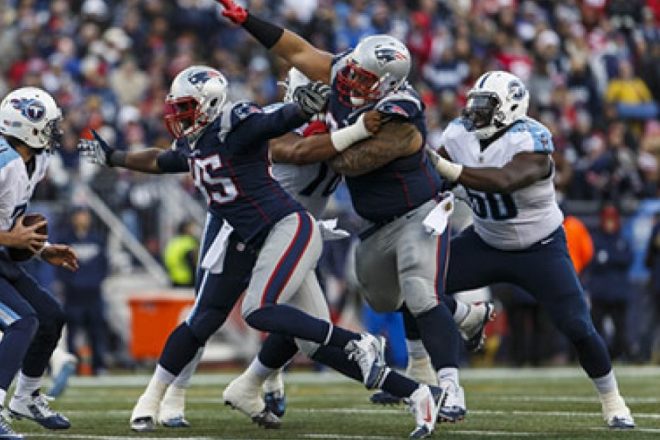 For the second week in a row the best teams in each conference will not be televised in the late afternoon slot, but will instead receive primary network distribution among the NFL games kicking off early. CBS will televise the 12-2 New England Patriots at the 9-5 New York Jets in all or parts of 29 states, while FOX will air the 14-0 Carolina Panthers at the 7-7 Atlanta Falcons in all or parts of 40 states. The amount of coverage given divisional rivalries in an early time slot is quite rare; usually the early games are somewhat equally divided with regional coverage. CBS has designated Ian Eagle and Dan Fouts to announce the Pats-Jets game.

FOX has the doubleheader in Week 16 and the late time slot is almost exclusively devoted to what should be a very good game between the 10-4 Green Bay Packers and 12-2 Arizona Cardinals. Home teams are currently favored in all but three games; in addition to the Patriots and Panthers, Pittsburgh is a road fave at Baltimore. To get an idea how far the Ravens have fallen, consider this: before the season began Baltimore was considered to be a 2½- point favorite in this game; today they are a massive ten-point home underdog. The 12½-point swing in the odds for this game is a testament to how atrocious their play is at this time, and a divine retribution for having the gall to attempt to set up the Patriots in an ill-advised sting operation last January.

As we have seen in previous weeks, there is a dearth of quality games. This week we have just three matchups that include a pair of teams with winning records: the Pats-Jets in the early slot, Packers-Cardinals in the late slot, and a rare superior Monday night game with Cincinnati at Denver.

Here is a look at all of the initial NFL Week 16 TV info; please keep in mind that over the course of the week some scheduling changes can and will occur.

Broadcast on 29 stations in Huntsville AL, Evansville IN, Indianapolis IN, Bowling Green KY, Tennessee and Texas (except Dallas).

Here is a bit of nostalgia: odds that were available back in April when the 2015 NFL schedule was announced.