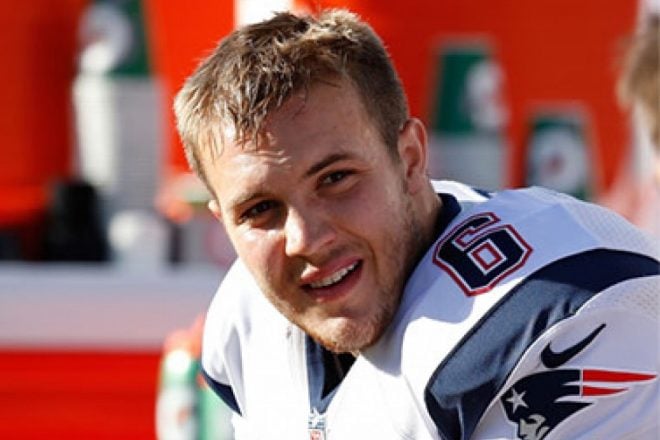 Punters are players who don’t tend to get a lot of attention, but Ryan Allen is quietly having a terrific season and Sunday night was another prime example of how important he is to this football team.

Bill Belichick mentioned Allen’s impact Sunday night during his conference call with the New England media on Monday, albeit indirectly.  One of the biggest areas that Allen impacted the game in Houston came down to the battle for field position, with the veteran punter putting the Texans in a difficult position to start quite a few of their drives.  On Sunday night, Allen punted six times and had three of his kicks land inside the 20-yard line, including two that were at the five or closer.

The result?  The Texans had a tough time moving the football and by the time the game was over they mustered just six points as the defense was generally in a favorable position.

While the defense gets the credit for the end result, Ryan’s contributions played a significant role in how it all happened.  Houston had their moments after making several big plays in the passing game, but the Patriots didn’t get hurt because of where the Texans were when those plays occurred.

“We had some good things, did some good things on defense.  The big plays weren’t as damaging as they could have been because we had great field position on defense due to the offense and the kicking game, so they were playing on a long field,” said Belichick.  “Even when they hit a 50-yarder they’re still 25 yards away from the goal line, things like that. The three big plays were obviously not good, but the third down and fourth down defense combined and the red-area defense, they saved us. That put the offense back on the field and it helped us with time of possession and kept field position for us, so that was big.”

Ryan overall is among the best in the league when it comes to pinning teams inside the 20-yard line, currently ranking at #4 overall behind St. Louis’s Johnny Hekker, Oakland’s Marquette King and Kansas City’s Dustin Colquitt.  Nearly half of his punts force opponents to have to start from inside their own 20, which obviously plays a big key in flipping field position after a bad drive and helping to keep their offense in the game.

INSIDE THE 20 – TOP FIVE NFL PUNTERS:

It tends to be the little things that often win football games but there’s no question that Ryan’s contributions have been big and will likely continue to be.

He’s gotten a little bit of recognition, with Allen leading all NFL punters in the Pro Bowl balloting as of last week after receiving 60,229 votes, ahead of Indianapolis’ Pat McAfee who had 58,699.  Teammate Stephen Gostkowski leads all kickers by a massive margin with 160,502 votes, with Baltimore’s Justin Tucker trailing by more than half with 65,240.

Allen’s a key contributor at a position that isn’t glamorous by any means, and after signing a three-year extension with the team back in July, Sunday was a great example of how valuable he really is.

And congrats to the veteran, who apparently recently became a homeowner:

Blessed to be able to call this home. #HomeOwner pic.twitter.com/UtE9U36HtL 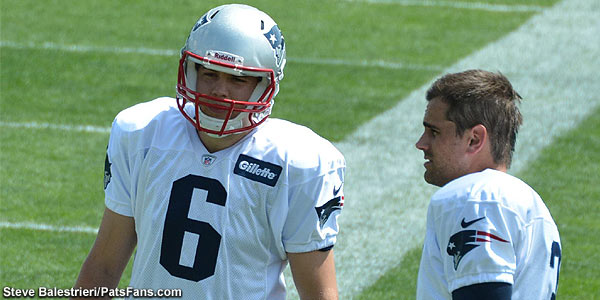 Both Allen and Gostkowski lead the Pro Bowl balloting at their respective positions.
(PHOTO: Steve Balestrieri)