7 years ago at 5:10 am ET
Follow @IanLogue
Posted Under: Patriots Commentary 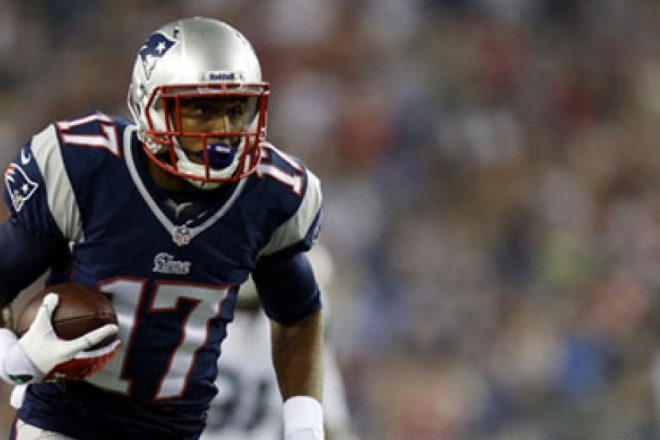 Tonight’s battle against the Bills earned even more significance this weekend as the Patriots get set for another key divisional game against Buffalo.  Given how Sunday’s games finished, tonight’s showdown against Rex Ryan’s Bills definitely still has some key things to keep an eye on.

1) After firmly putting a beating on Buffalo in week two, this is a Bills team that Ryan should have pretty fired up to come into Foxboro seeking redemption against a Patriots team that he felt tried to embarrass his club in Week 2.  Meanwhile, the Patriots are sitting at 9-0 and are exactly where they want to be with just over a month of football left to be played with an opportunity to slam the door on the rest of the division against a key division rival.  Thanks to losses by both the Jets and Dolphins on Sunday, a win Monday night puts New England one step closer to wrapping up the AFC East, and Sunday night’s loss by the Bengals suddenly made next week’s battle against Denver that much more critical now that the gap is beginning to widen in the conference.  But none of it matters unless the Patriots take care of business.

2) Week two saw wide receiver Aaron Dobson catch seven passes on eight targets in what was his most productive outing of this season and with Julian Edelman going down, Dobson may find himself in position to finally make an impact after two injury-plagued seasons slowed down what had been a relatively productive beginning.  Dobson’s first ever career reception in the NFL was a 39-yard touchdown back in 2013, kicking off what most had hoped would be a strong career after the Patriots took a chance on the former standout from Marshall in the second round two seasons ago.  But his development was slowed after a foot injury his rookie year set him back in his second season, and the decision to have surgery the following offseason seemingly cost him the following year when he couldn’t get himself healthy.  Now after an entire offseason of working hard he’s trying to get back on track, telling the Boston Herald recently that it’s up to him to decide which direction he’s headed in.  “Just like (coach) Bill (Belichick) always tells us, our role is what we make it,” Dobson told the newspaper. “The opportunities that I get, I’m just trying to make the most of them.”  Hopefully Monday night is the start of that journey back.

3) The other thing that is going to be interesting to keep an eye on is going to be the development of fellow receivers Chris Harper and Keshawn Martin, both of whom will likely factor into the mix if Dobson can’t lock down a spot for himself in the coming weeks, or if he suffers any type of set back.  For the most part the coaching staff seems relatively comfortable with those two players and both had some decent moments that would leave you to believe they could contribute in this offense.  Harper led all receivers with 15 catches for 150 yards along with a touchdown in the preseason, while Martin has six catches for 95 yards and a touchdown so far during the regular season.  Now the only question will be, which one will play a factor heading into the rest of 2015?

4) It’s hard not to look ahead a little after seeing how Sunday unfolded in Chicago between the Bears and Broncos.  Heading into next week’s battle against Denver, it’s tough to not to be a little concerned after seeing what Brock Osweiler did on Sunday in his first outing at quarterback for the Broncos.  In his first start, which was on the road in a hostile environment at Soldier Field, he finished 20-of-27 for 250-yards and two touchdowns, with the biggest thing that stands out being that he didn’t commit any turnovers as the Broncos beat the Bears 17-15 in a close game to improve to 8-2.  The Patriots have had difficulty with young quarterbacks in recent years and having to travel to Denver to play this game at a stadium that is one of the toughest in the NFL is definitely a concern.  Despite the loss of Peyton Manning, that game may not be as easy as some think and will likely end up being one of the most important of the season to try and make sure that should the two teams meet in January, Osweiler won’t have the luxury of playing in front of the home crowd.

5) Looking back at week two, the Patriots had success forcing turnovers, picking off Bills QB Tyrod Taylor three times, with Malcolm Butler, Logan Ryan and Duron Harmon each finishing the afternoon with interceptions.  Harmon’s was the biggest, as it ended the Bills’ comeback bid and sealed the win after the Bills put together a 19-3 4th quarter run to get themselves back in the game.  One would have to believe the Patriots should have a little more luck controlling the game this time around after allowing 160 yards rushing back in week two, with their defense since improving dramatically in that area after settling in with the second-overall run defense through nine games.  The Patriots punted just once against the Bills in their last outing and should they be able to put points on the board and force the Bills to play from behind, hopefully we’ll see New England’s secondary force some late mistakes.  The end of their previous match-up was certainly a little shaky until Harmon ended their run and one would hope playing at home this time will create an environment that is tough on Taylor and helps set up a productive outing for the Patriots defense.