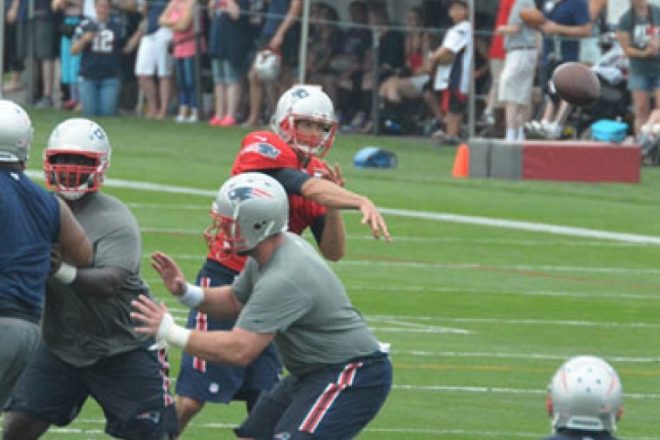 On Tuesday morning a report came out that Miami Dolphins starting quarterback Ryan Tannehill’s frustration with the teams 1-3 start has now boiled down to him taking out his anger on the practice squad members.

The following is from an article published by Aaron Wilson of the National Football Post and Houston Chronicle:

Former New England Patriots wide reciever Donte’ Stallworth took note of the controversial remarks by Tannehill and revealed over Twitter that his former quarterback Tom Brady did just the opposite and created paid incentives to help practice squad and “look team” guys if they were able to intercept his passes in practice.

Brady actually paid practice squad and look team guys if they picked him off in practice. http://t.co/7c4cDcI1ol

But comparing Tannehill to Brady is like comparing a rowboat to a battleship.