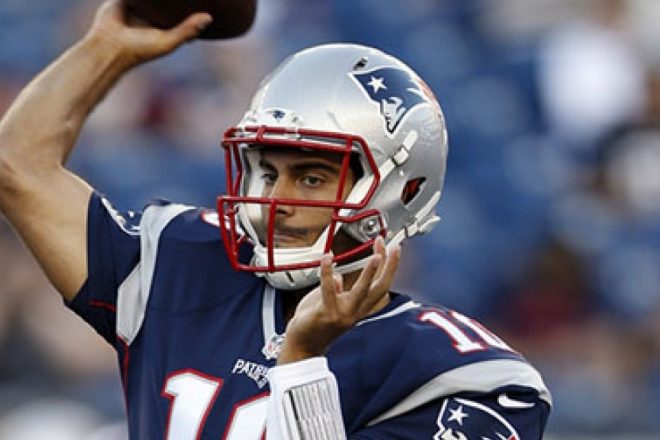 The Packers defeated the Patriots 22-11, as both teams struggled at times during the contest. Here’s a few takeaways from the game. —

Tom Brady started the preseason opener, but did so in lackluster fashion. He went 1-of-4 for 10 yards, as the offense had problems throughout the night. It looked like he would not suit up Wednesday, but no.12 was able to take the field for two series.

Perceived starting running back LeGarrette Blount was out Thursday, but Jonas Gray stepped up in his place. Gray scampered for a 55-yard score up the right sideline, showing some explosiveness in the process. In his other six carries, however, he rushed for just 19 yards.

Josh Boyce had a rough outing, with just two receptions on eleven targets. He continues to get plenty of opportunities but can’t seem to capitalize on them. His hands are too inconsistent and he just doesn’t look to have NFL ability. If he wants to make the 53-man roster, it will take a much stronger effort. At this juncture, it’s an uphill battle. Drops are an issue.

A guy to watch moving forward — Brandon Gibson. He will need to prove himself over the next few weeks, but he stepped up during Thursday’s game. He caught all four passes thrown his way for 29 yards. More importantly, though, it looked natural. He has the ability and experience, but integrating wide revivers into the offense has been a challenge over the years. With other pass catchers dinged up, Gibson took advantage of his opportunity.

Undrafted free agent, center David Andrews, was on display Thursday. He was showcased at center, but spent time at guard later in the evening. Andrews, whose received quality reps during training camp, has tried to show versatility during the off-season at guard. He played exclusively at center throughout his collegiate career at Georgia. His ability to play guard will be the deciding factor between making the final roster or landing on the practice squad.

Jabaal Sheard was one of the biggest offseason acquisitions this summer. Throughout the summer the coaching staff has worked him into different positions, clearly wanting him in the mix with Chandler Jones and Rob Ninkovich on the field at the same time. Sheard showed some power, along with the ability to control the edge at times throughout the contest.

Rookie defensive end, Trey Flowers, has flashed at times through training camp and appeared to display why the coaching staff is so high on him Thursday evening. He was not able to finish the game, leaving with a shoulder/head injury. At one point, he flew passed Packers right tackle David Bakhtiari with a strong power move to sack Rodgers. He’s shown the ability to contribute early.

Linebacker Jonathan Freeny made a step towards cracking the final roster, receiving some playing time early and wearing the “green dot”, calling the defensive signals with Jerod Mayo and Dont’a Hightower sidelined. Freeny led the team with nine tackles. His special teams experience gives him a boost when considering roster position.

The defensive backfield, specifically the cornerback position, was under a microscope as training camp began.Throughout the first two weeks, however, the unit has been competitive. Malcolm Butler has put together a few strong practices and carried it over Thursday night. Despite Tarell Brown being sidelined, perhaps as a precautionary measure recovering from a foot injury, he’s still expected to be in line for a starting role.

While the defensive backs continue to jockey for position, this will be an area to monitor as the preseason rolls on.