SOURCE:WEEI
Peyton Manning Throws Hilarious Jab At Tom Brady Prior To ‘The Match’

SOURCE:NESN
Patriots might not see Jarrett Stidham as NFL ready: 'Brian Hoyer will be the starter'

SOURCE:sportingnews.com
Twitter had jokes after Tom Brady ripped his pants during 'The Match'

SOURCE:WEEI
The 15 Most Unbreakable Records in NFL History

SOURCE:NESN
The Last Glance: A look back at the New England Patriot dynasty

SOURCE:ProFootballTalk.com
Sunday 7: One Patriot who needs to raise his game in 2020 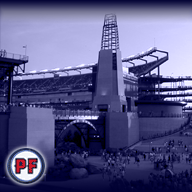