The Patriots announced this morning that they'll honor fallen MIT officer Sean Collier with a moment of silence before tonight's exhibition game against the Tampa Bay Buccaneers.

Collier was allegedly shot and killed by the accused Boston Marathon bombing suspects.  According to Surveillance camera video, the footage showed the two suspects creeping up on Collier's squad car from behind and Police Chief John DiFava said Collier, "didn't stand a chance."

He was reportedly shot five times, with two of those rounds being to the head.

It's certainly a touching move as Collier, who can be seen in this photo from Twitter at a Patriots game wearing a Wes Welker jersey, was obviously a fan of the team: 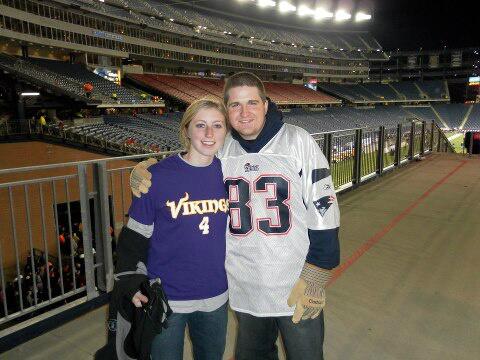 By: Ian Logue
Patriots news for Monday 8/8 along with some additional team notes.
2 hours ago