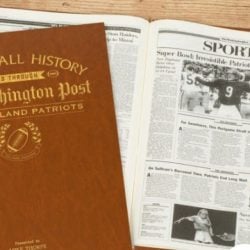 Looking for a Gift for the Patriots Fan That Has Everything?

And if you’re looking for a gift for that person who has just about everything Patriots-related then this book is just for you. 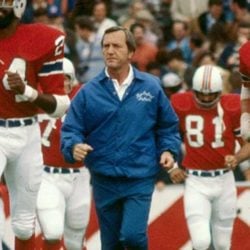 Making A Case for Chuck Fairbanks for the Patriots Hall

But there was a brief lull in the doldrums of the mid-to-late 60’s and before the Super Bowl team of 1985 and that was during the tenure of Chuck Fairbanks. Fairbanks was lured away from Oklahoma where the Sooners had become a national power under his watch to take over the worst team in football. While at Norman, Fairbanks’ teams were 52-15-1 and had a couple of powerhouse teams that won back-to-back Sugar Bowls in 1971-72 before leaving for Foxboro. He coached Heisman Trophy winner Steve Owens during his tenure.