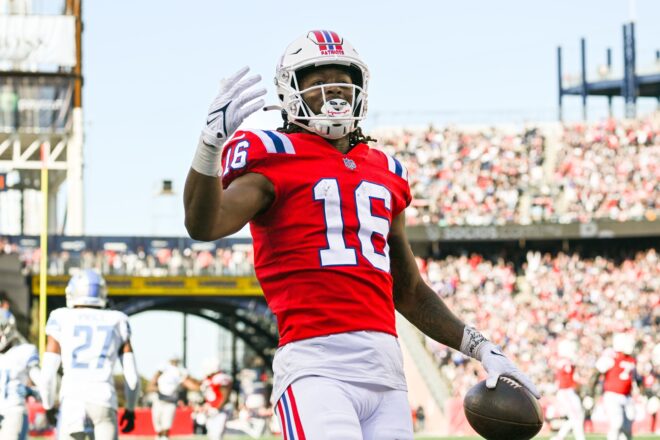 It looks like New England Patriots receiver Jakobi Meyers won’t be on the field on Monday night after the concussion he sustained against the Buffalo Bills last Thursday, but at least the player who caused it will face repercussions.

According to ESPN’s Mike Reiss, Bills’ safety Damar Hamlin has been fined $4,806 for the unnecessary roughness penalty he committed against Meyers, which happened with just under three minutes left in the game.

Trailing 24-7 with 2:59 left in the game, quarterback Mac Jones was trying to convert a 3rd-and-14 at the Bills’ 15-yard line, but he couldn’t quite connect with Meyers and Hamlin delivered a late blow that drew the flag and extended the drive.

Hamlin was also ejected after the play, and thankfully, this news means there’s at least more of a punishment than the fact he had to miss the last 2 minutes of the contest.

The Patriots went on to lose the game 24-10, with the two clubs next set to meet on January 8th in Buffalo.