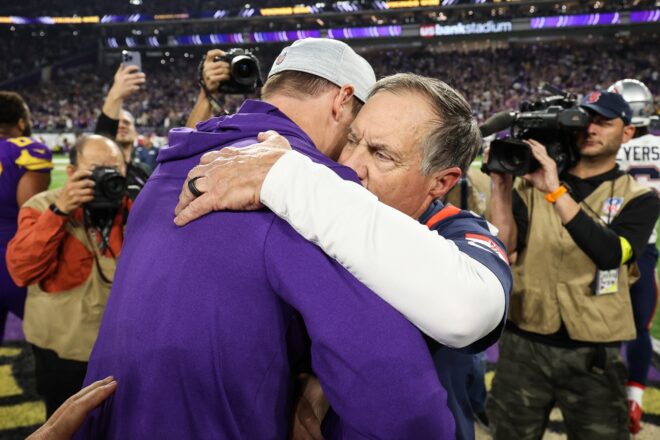 The New England Patriots may have had their three-game winning streak snapped on Thanksgiving night in Minnesota, but for the first time in 2022, Mac Jones looked like the first-year quarterback of a year ago with his best individual performance of the season.

Both of Jones’ touchdowns were more than 30 yards, one to wide receiver Nelson Agholor (34) and tight end Hunter Henry (37).

You can take a look back at these moments below in the weekly Patriots sideline mic ‘d-up sights and sound footage.